Since I have now been to somewhere around a dozen mosques, I thought I would say a bit more about some of the main features, and include some pictures. [I didn’t bother to identify from which mosque each pictures comes–I don’t see how that helps you at all!] So, many of these mosques, which were built in the 16th & 17th century, were originally large complexes, including a school [medrese], a kitchen where food was prepared for the poor, a han or caravanserai [which provided lodging to travelers], and a study hall and/or library. For many of the mosques, if these outer buildings are still standing, they are used for other purposes–like restaurants or shops, for example.

Inside the walls of the mosque itself, one of the first things you notice (besides the large main prayer hall) are the tall minaret towers: the muezzin used to give the call to prayer from the towers–now he sits on ground level and the call is broadcast via speakers. Incidentally, you might think that with so many mosques around, they would take turns doing the call to prayer, but no, every single mosque gives the call, which means that five times a day you hear a harmonious chorus of Arabic chanting. [Incidentally, only imperial mosques have more than one minaret, which means that you can tell immediately which mosques were commissioned by a sultan.]

There is usually a central ablutions fountain: ritual ablution must be done before prayer. [As I have said before, it is overwhelmingly men who visit the mosque during the five prayer times, so I have only seen men at the fountains. I am guessing that, for women, modesty trumps this ablution requirement: you have to wash your hands, feet and head–and at the very least, the latter two would be problematic for women who are modestly dressed.] In some of the larger mosques, the central fountain remains, but it is not longer used; instead, there are taps outside along a long wall of the mosque.

Once inside, you notice immediately that there are no pictures of any kind: calligraphy, geometric painting and architecture [and beautiful mosaic tiles, in some cases] are the only kinds of decoration allowed. Then, you see the mihrab at the front center of the worship hall–this ornate niche in the wall indicates the direction of Mecca, and you see the carpet on the floor is oriented in that direction as well, indicating with either simple rows or actual “boxes” the direction of prayer. Next to the mihrab is the minbar, the high pulpit from which the imam delivers the Friday sermon [khutba]. There is also a raised platform in many mosques, called a mahfili, which is used by the muezzin to chant responses to the prayers of the imam. Finally, there is a high screened-off platform in many of the mosques here, the “loge,” which is where the sultan could pray, safe from would-be assassins.

The mosques are open to visitors at all times, except when they are closed for the five daily prayers. Speaking of that, the prayer times are calculated according to the times of sunrise & sunset, so they change throughout the year. Typically, the exact times are posted somewhere on a board outside the mosque entrance. You don’t have to pray at the exact time–instead, for example, if morning prayer begins at 5 am, you can pray anytime between 5:00 and 6:00; noon prayer can be prayed anytime between 1:00 and 5:00 pm. So, almost every time I visited a mosque at least one or two people were praying. Usually visitors were kept behind a little barrier, keeping the area closer to the mihrab for prayer. Here was something interesting: Hakan told me that when you travel, you can combine prayers sometimes. For example, if you are somewhere in the north during winter–where there isn’t much time between sunrise and sunset–you can combine noon and afternoon prayers.

You must take off your shoes, women should wear a headcovering [though I have noticed not all tourists do], and shoulders and knees should be covered. I saw that at the Blue Mosque, which is, of course, mobbed with tourists, they actually were handing out cloths that people could wrap around their legs if they were wearing shorts. If you go to Istanbul, don’t wear shorts–and if you are a woman, bring a light scarf that you can throw over your head as the occasion arises! I have found the mosques to be beautiful, peaceful and serene. Without the visual distraction of images, they are great places for contemplation. 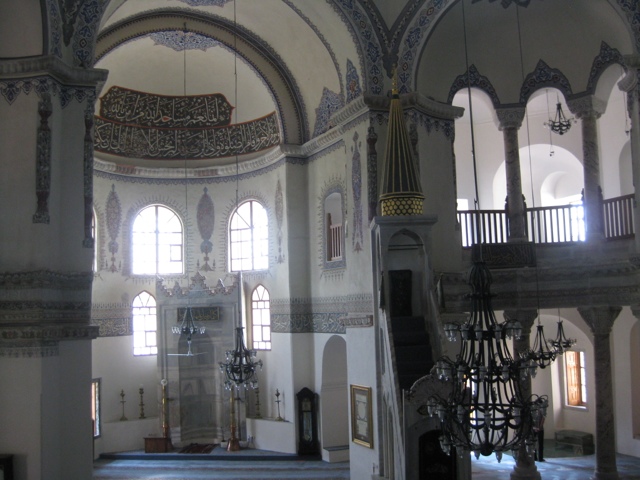 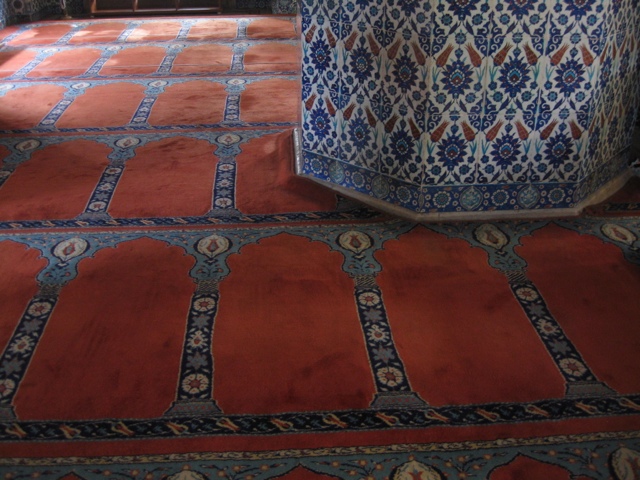 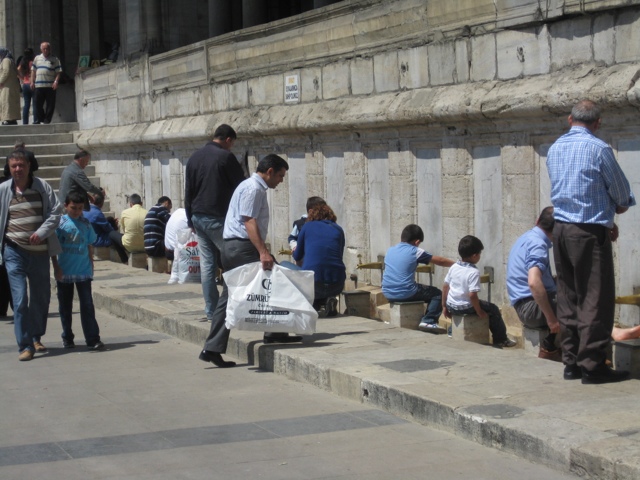 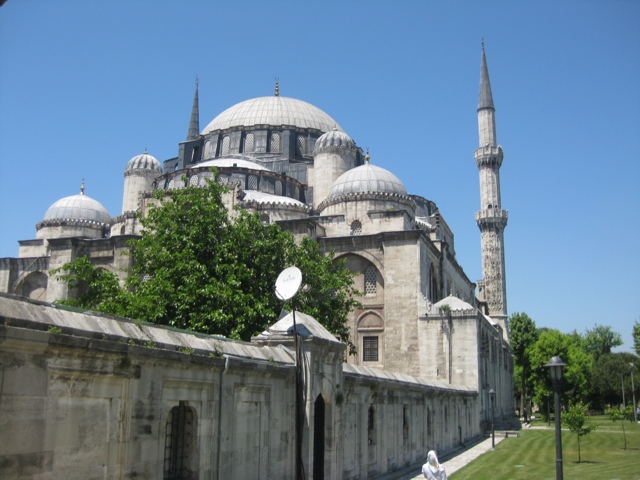 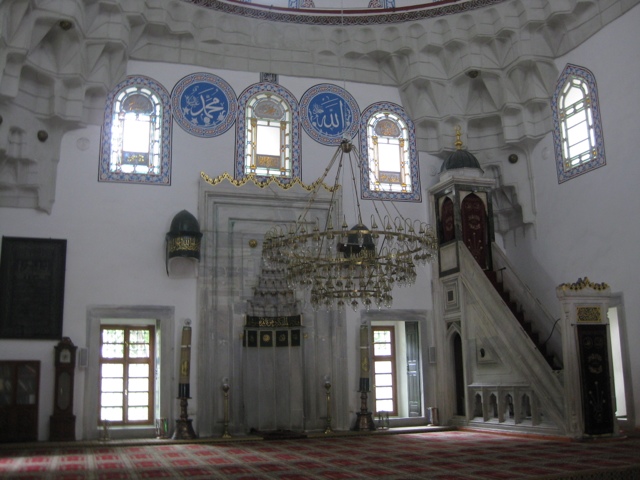 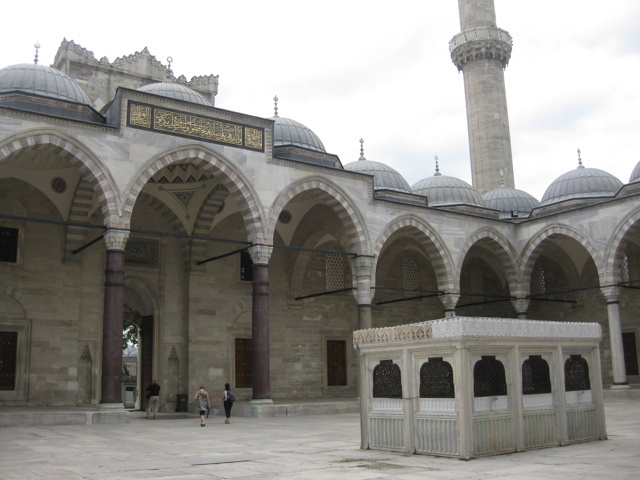 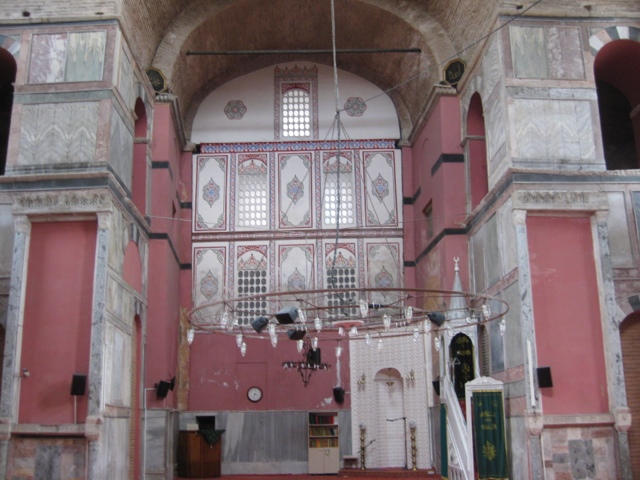 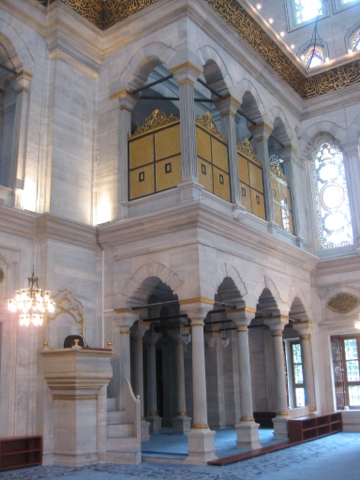 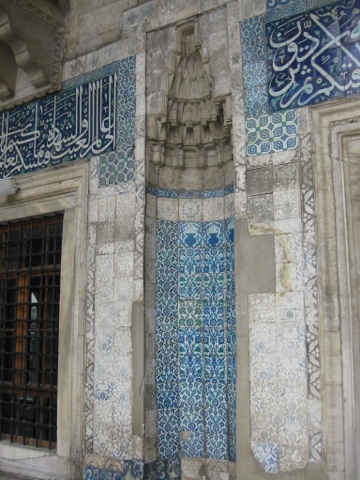 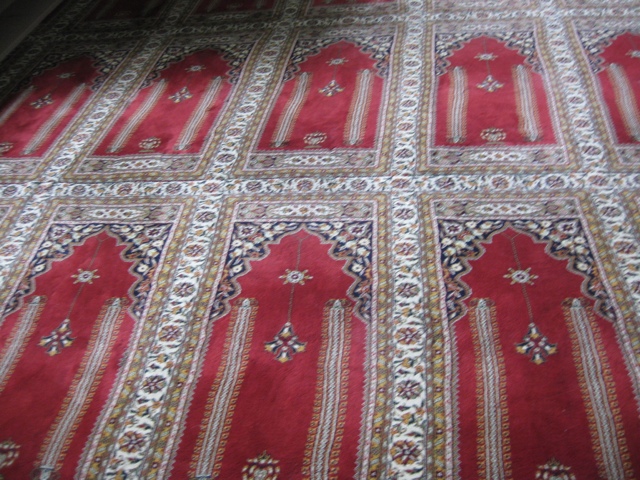 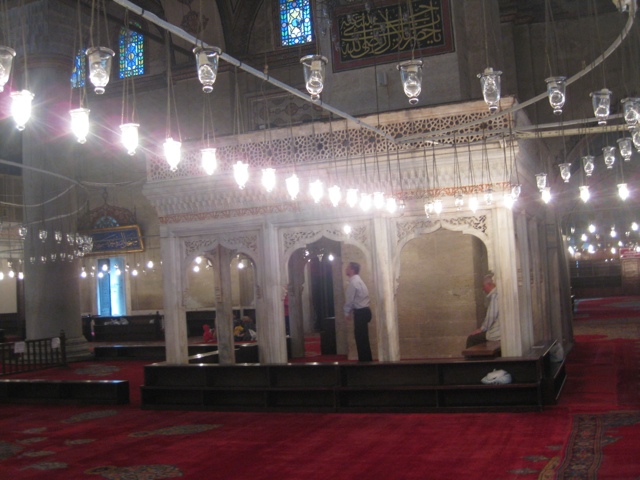 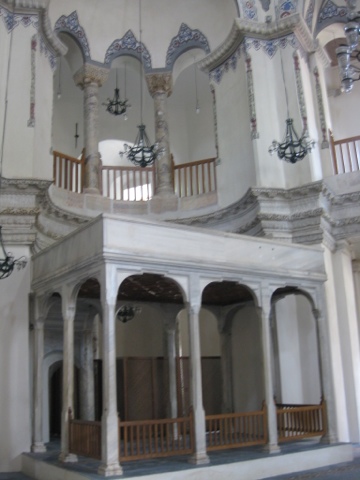 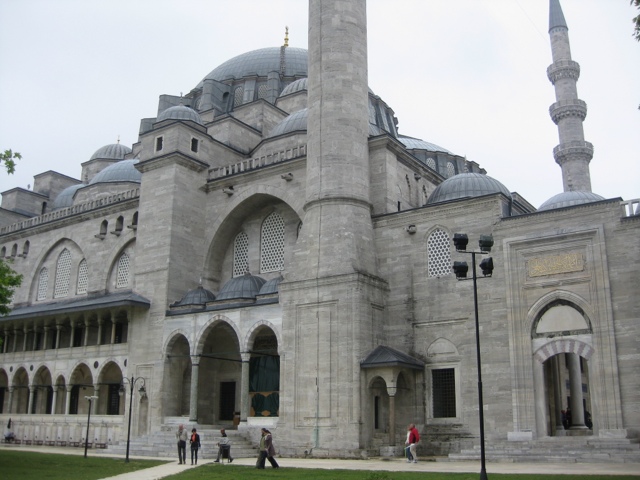 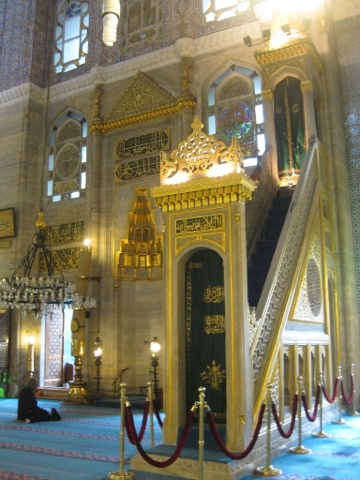 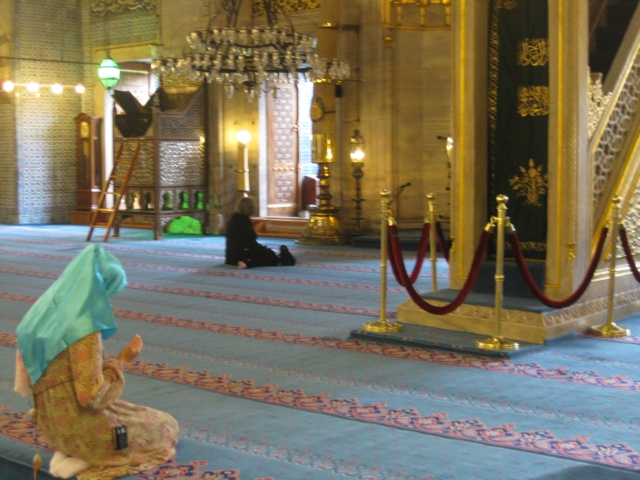 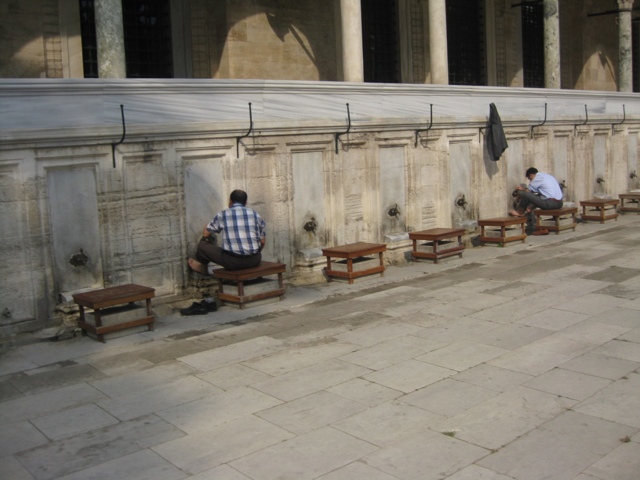