This morning, I got up and went back to Beyoglu to attend Mass at the Basilica of Saint Anthony. In case you haven’t already guessed, there aren’t very many churches of any description in Istanbul–I haven’t passed a single Protestant Church in all my walking around, and I wanted a church that had an English service. [I found a Lutheran Church online, but the thought of trying to track down another elusive address, combined with the fact that the service was only in Turkish, led me to pass.] I actually enjoyed the service: it was a contemporary service, of all things–somewhat incongruous in an enormous 100+ year-old cathedral–and let me tell you, the acoustics amplify an electric guitar and keyboard like nobody’s business. I’m sure if St. Anthony was hanging around, he was somewhat shocked. [Speaking of St. Anthony, in the church brochure, it says that “Upon exhumation, some 336 after his death, (Anthony’s) body had decomposed, but his tongue was totally incorrupt.” I take that to mean our dear saint was quite a talker–for the Lord, of course!]

Anyway, the church was packed–mostly Africans and Filipinos; this was made explicit at the end of the service, when one Filipino woman made a few announcements, and then an African man made a few announcements, both of whom were sort of speaking to their own subset of the congregation. It was kind of interesting: I don’t know anything about Turkey’s immigration patterns, so I don’t know whether there are significant Catholic populations from either the Philippines or any specific countries in Africa. I enjoyed the service, especially the sermon: the priest [who was from Italy, from what I could tell] talked about the connection between the grace received through Jesus Christ during his life on earth, and the grace we receive now, post-ascension, through the sacrament. And, he also said that we are called to be Christ’s presence in the world for our brothers and sisters, and see Christ in them also. We are empowered to do that through receiving Christ in the sacrament. Sounds like a pretty good Lutheran sermon, doesn’t it? I thought so, and so I was myself empowered to receive communion, which I did only because there was no instruction in the bulletin about communion being for “Catholics only.” I assume that in such a tourist location, they know they will be receiving lots and lots of visitors, and if they wanted to make sure only Catholics commune, they would state that explicitly. I see this as kind of “don’t ask, don’t tell” policy, and I went along with it!

OK–none of that actually has anything to do with what I wanted to talk about today, which is about the great visit I had last night with a group of women who live and study at what is called a “dershane,” which is another name for an [unofficial] madrasah [or “medrese”]. This particular dershane is dedicated to the study of Bediuzzaman Said Nursi’s work; and there are over 100 of them around Istanbul. This one is a small apartment near Istanbul University, and the four women who live there full-time currently study at that University. There are also four younger women who come and stay for just a few nights; they are tutored both in their primary academic subjects [as they prepare to take the Turkish university entrance exam this summer] and they also study Nursi together. There are many other dershanes of course, whose members study other religious teachers, too–all of them are unofficial, of course, since all religious schools continue to be prohibited in Turkey.

So, when I came, we had “Tesbihat” [prayers], ate dinner, and then for about 45 minutes they read from Nursi’s works [the Risale-i Nur collection] and discussed it. The story they were talking about went like this: There were two travelers in the desert, one who took the name and protection of a famous tribal chief, the other who insisted on traveling under his own name. The former was protected by using the name of that chief whenever anyone threatened to harass him, while the latter man came to grief every time. Can you guess the moral of the story? “My proud soul!” [Nursi writes] “You are the traveler and this world is a desert. Your impotence and poverty have no limit, and your enemies and needs are endless. Since it is thus take the name of the Pre-Eternal Ruler and Post-Eternal Lord of the desert and be saved from begging before the whole universe and trembling before every event.”

One of the young women gave me an English translation of the book they were reading from, and it was really interesting to skim through it. I thoroughly enjoyed the whole evening, as they were all so kind and friendly, working with very limited English [next to my non-existence Turkish!] for the most part. The pictures are of our gathering. 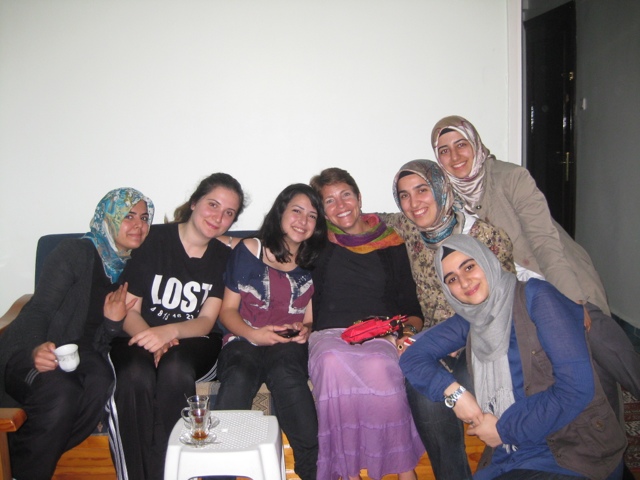 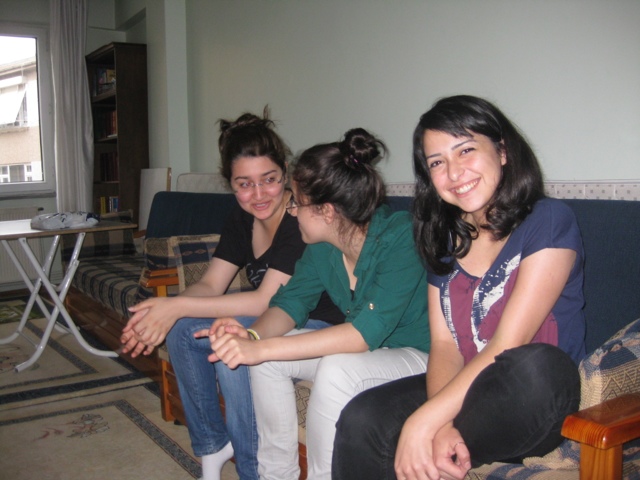 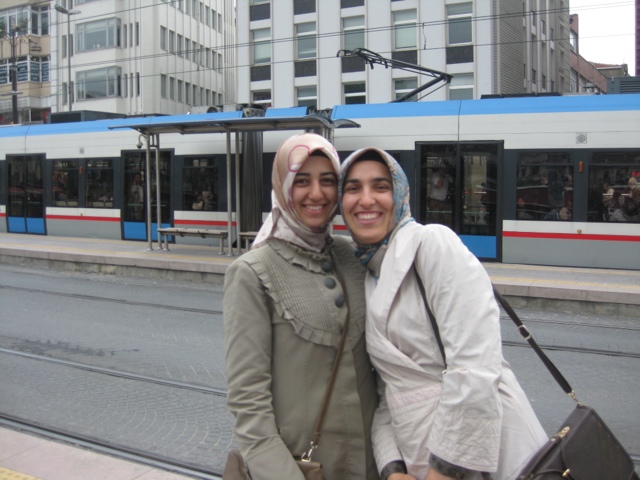 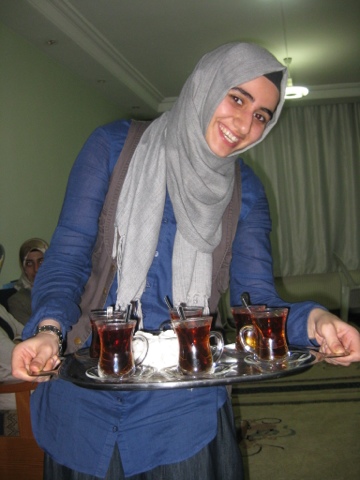 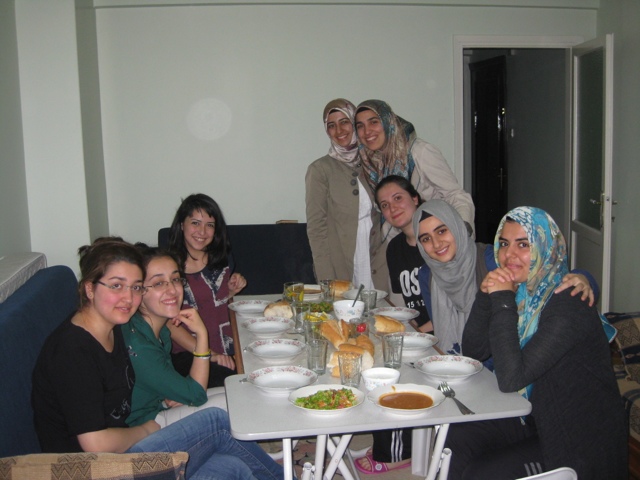 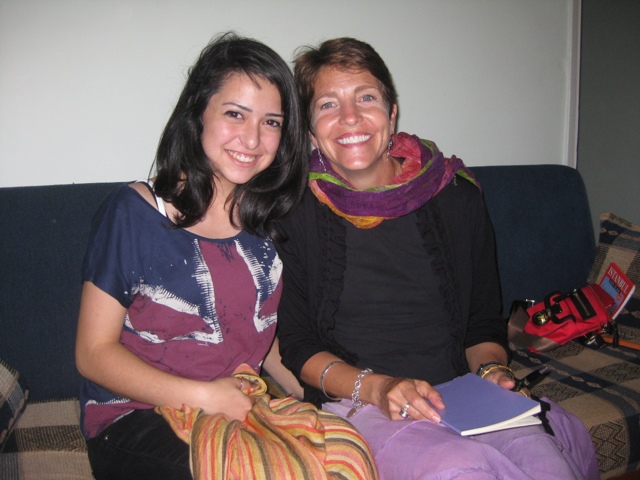 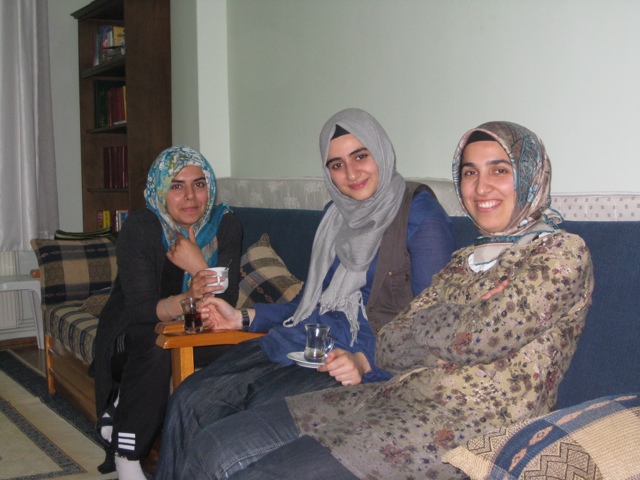 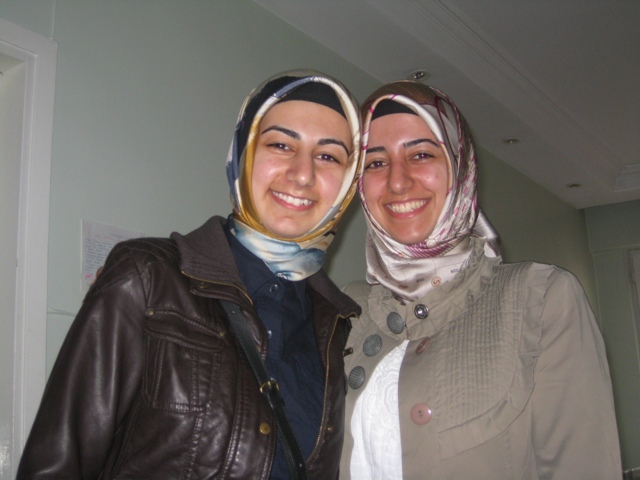