I saw the two premiere sites in Istanbul today, only because they are almost a stone’s throw from each other: The Blue Mosque, and the Hagia Sophia. They are on opposite ends of what is called Sultanahmet Square. It is right next to the Hippodrome, basically gone now, expect for a few monuments, and it also contains a few museums and LOTS of bagel/bread vendors and gimcrack peddlers of all description. Given that the app I use to post pictures doesn’t keep them in order, I decided to just post a short bit about each site, to avoid having pictures of one right next to another. From the outside, to the casual eye, they look very similar, and I’d like to avoid giving the impression that there are beautiful mosaics inside the Blue Mosque!

So, the mosque, which as I already noted, I can see clearly from my hotel room balcony, is so named because of the gorgeous blue mosaics that decorate the inside. It was built between 1609-1616, and continues to be an active mosque, closed during the daily prayer times. There is a large area that is barred to visitors at all times, closest to the minbar [every time I see that in print, in my head I say “minibar”], which is the carved staircase and pulpit used by the imam during the Friday noon prayer. It also is the area in the mosque that is closest to Mecca. There were some people praying while I was there, but boy, it is a circus with all the tourists, so I can imagine it would be a little hard to concentrate. They try to keep a second entrance, so that Muslims who want to come in for prayer can enter separately, but that didn’t seem to be working very well. It’s not like there is a test to “prove” one is Muslim, so they let everyone through, whether or not s/he was coming in to pray. I was reminded of being in Europe and trying to take part in midday worship services at some of the famous cathedrals–equally disruptive, in my experience. That meant that even though, technically, it was a visit to a mosque, it didn’t really feel like an “interreligious experience”–it was much more like the visit to the Hagia Sophia [which is now a museum]. Even so, it is a spectacular place to worship, and really impresses on visitors a sense of Divine transcendence and awe. 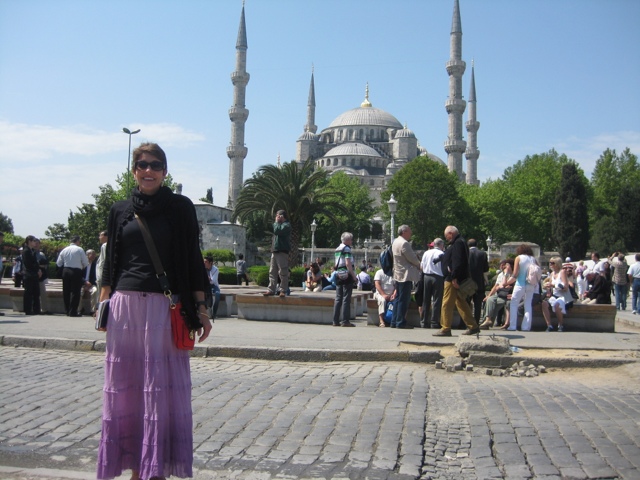 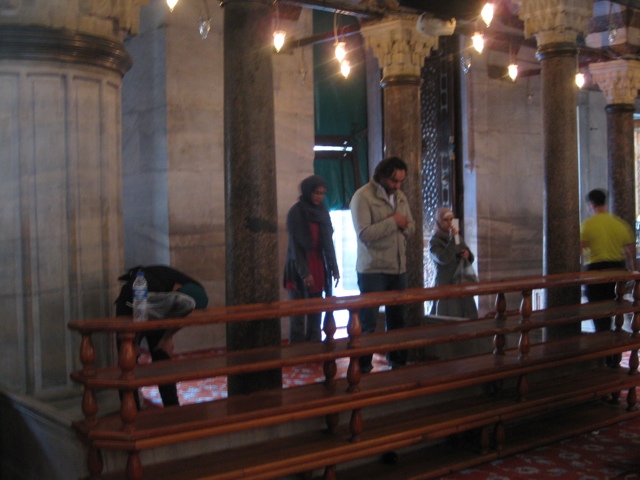 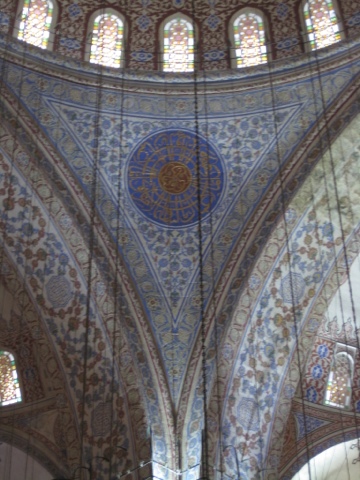 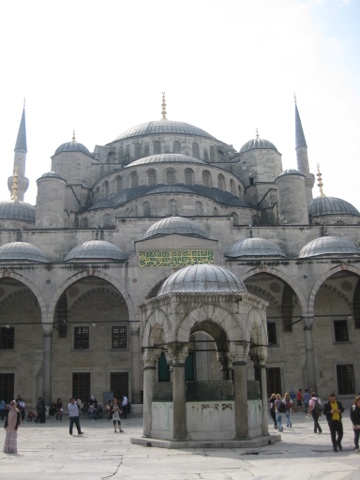 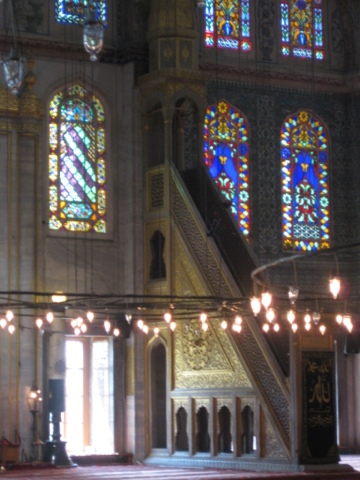 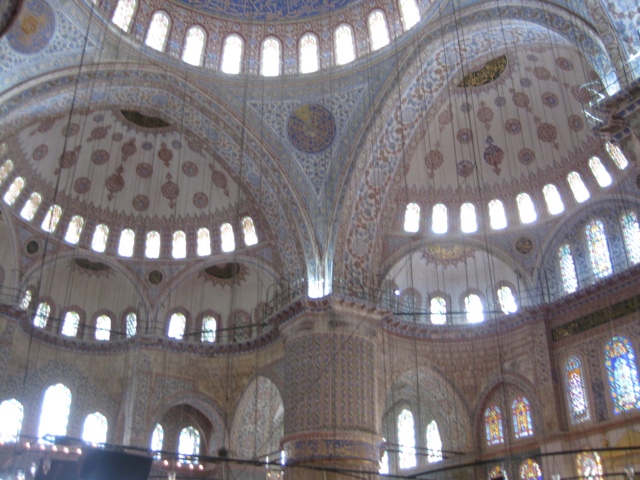 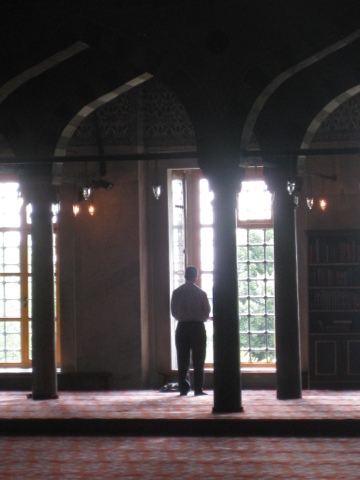 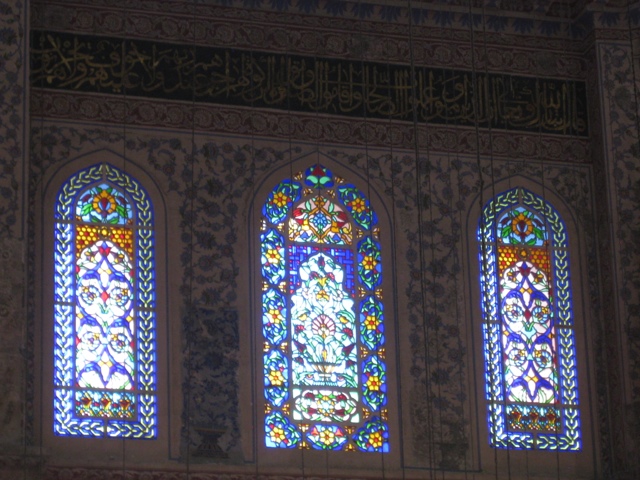 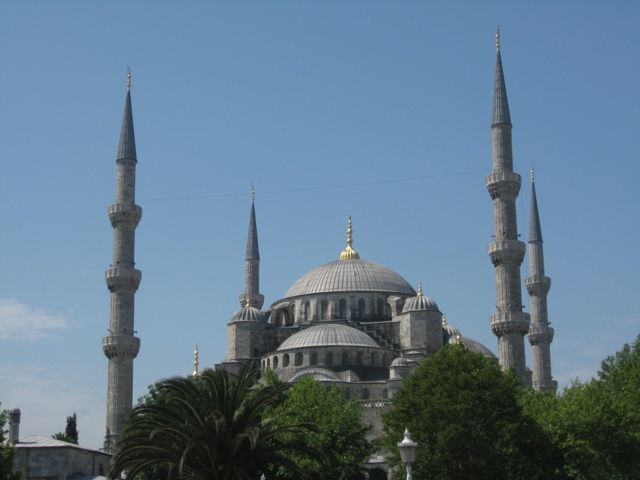 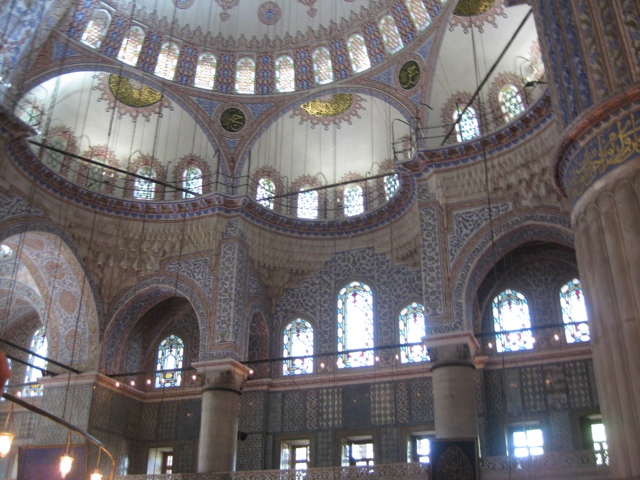 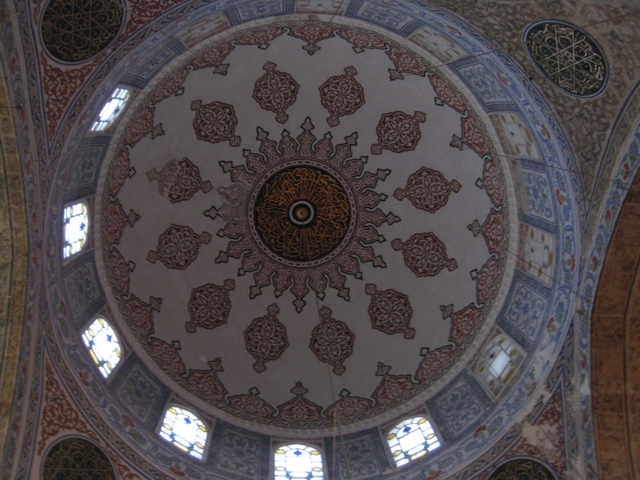