Let me start by saying more about Shingon Buddhism. Basically, Shingon Buddhism, a form of tantric Buddhism that came to Japan from India via China, teaches that everyone can attain enlightenment in this lifetime, through special ritual practices, mantras, and meditation. It is transmitted personally, from teacher to student, and in this way, disciples are taught how to unite themselves with one particular buddha/bodhisattva/deity found in one of two key mandalas in Shingon Buddhism: the mandala of compassion and the mandala of wisdom. The process culminates in a fire ritual.

In his teaching of Shingon in Japan, Kukai sought to unify religious belief and practice through the worship of Mahavairocana Buddha [called Dainichi in Japanese]–not a historical person, or even one singular deity, but rather one specific representation of the dharma body of the Buddha that exists in all living things. Everyone can access this shared buddha-nature, with the right practice. The image my guide used to describe it to me was that of a radio: everyone has a radio, but not everyone is turned to the right frequency. Shingon practice enables one to “tune in” to the realization of one’s true nature by “hearing Dainich’s voice,” as it were. Shingon is certainly not known in the United States the way Zen is, for example, but it has been very influential in Japan.

So, the pictures are from a variety of temples in town–including a variety of Buddha-images and altars. It is really more than one can take in at one time–there is literally a temple every few steps, on both sides of the street, and I saw only a fraction of what is here. But boy, it was amazing! There is always a water source with which you wash your mouth and hands before entering a temple. Once inside, you can ring a large bell, offer incense, light candles, and leave money. There is also a common practice of writing one’s prayers on the back of a wooden ornament of sorts, and then hanging them on the wall provided. A standard food offering that I saw everywhere was a large carrot, a sweet potato and a large radish, all sliced at the top to show their freshness. My guide told me that sometimes that offering draws monkeys–but they only eat the sweet potatoes!

The only pictures below that are NOT of Buddhist temples are those with the red torii gates and the foxes! Those are from an Inari shrine: Inari is the Shinto god of fertility, fortune, fields, and foxes. One of the foxes is holding a stick in his mouth, and the other a ball–they are messengers of the kami [Shinto deities]. When I came up to the shrine, there was a woman praying there: I wondered what she was praying for. 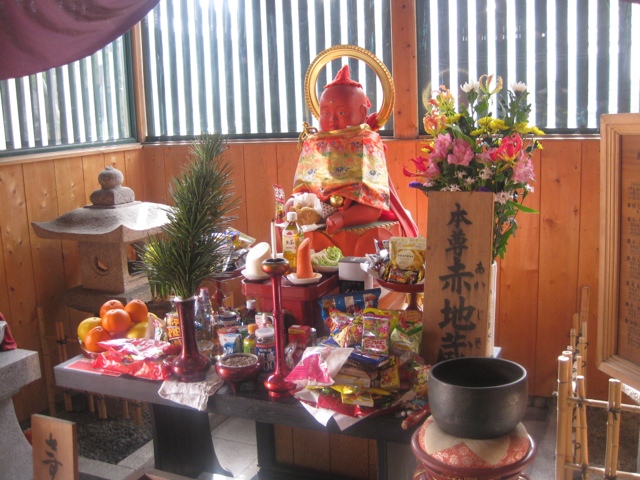 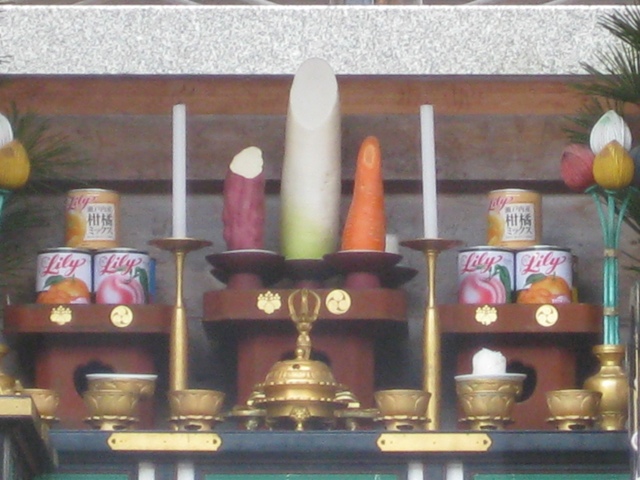 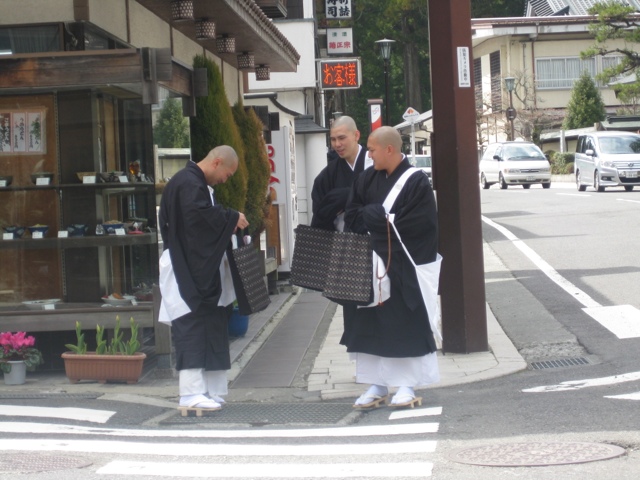 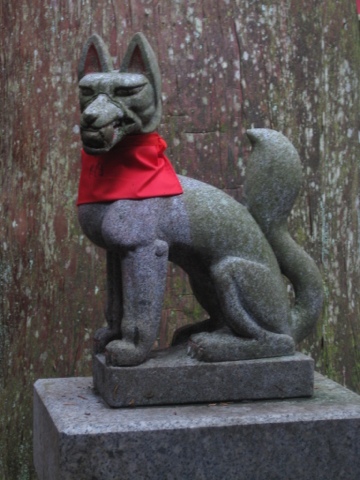 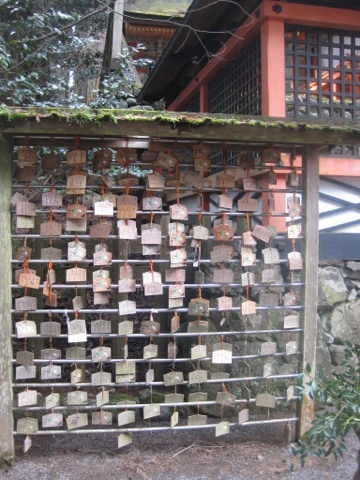 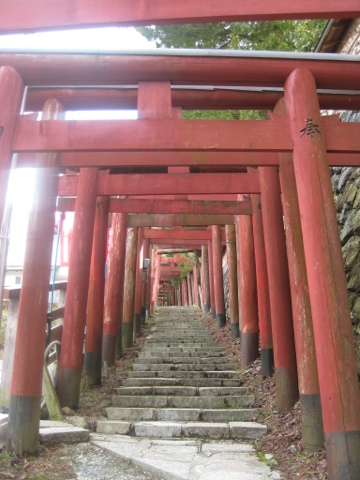 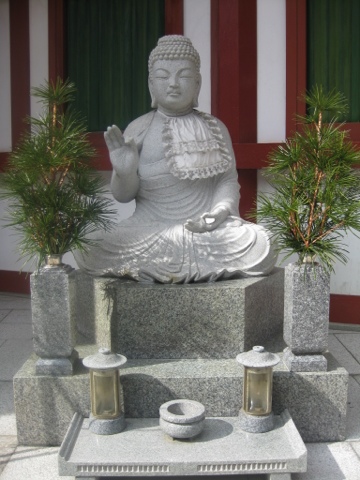 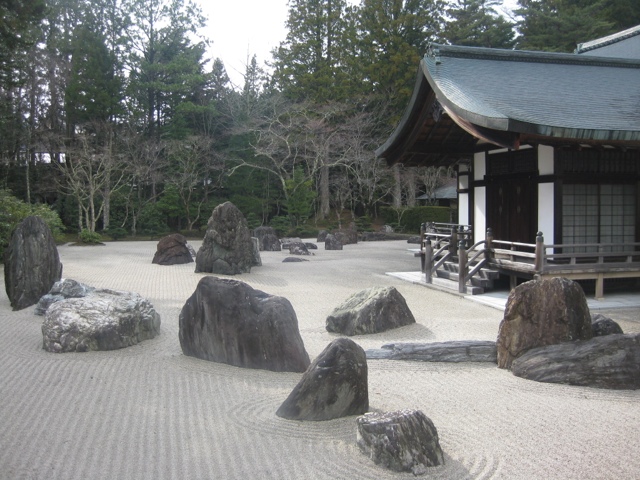 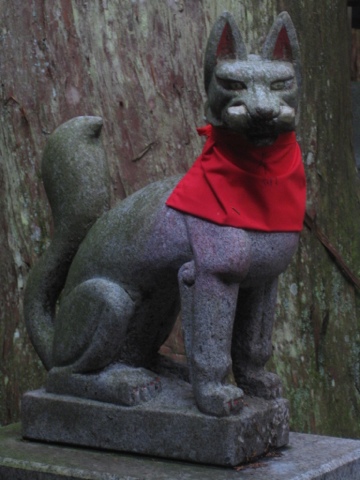 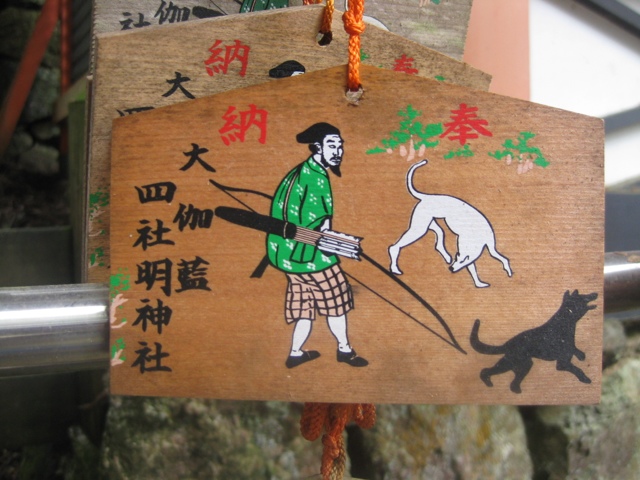 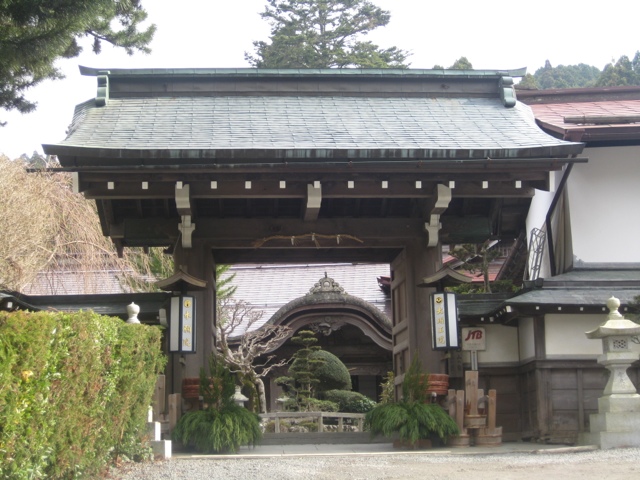 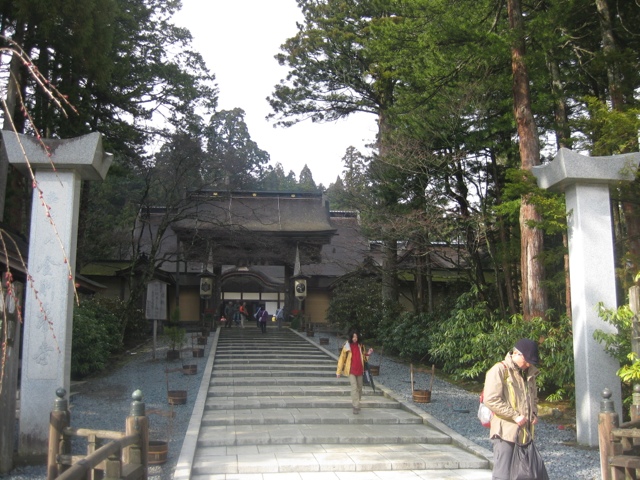 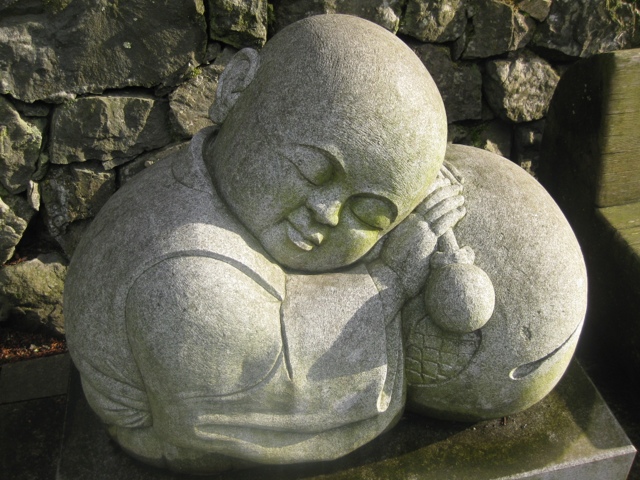 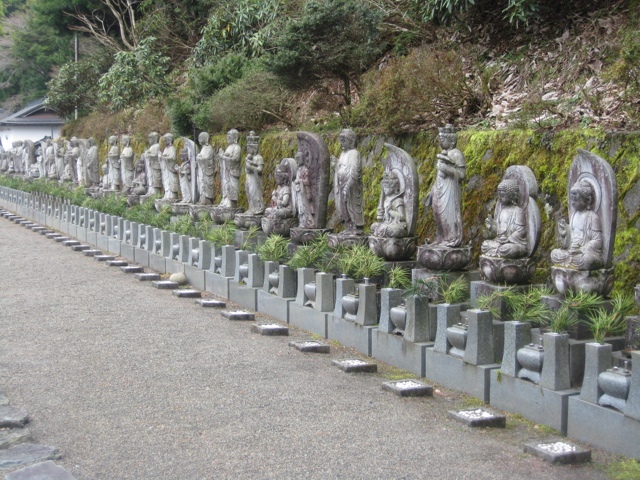