Before talking about today’s outing, I want to mention that last night, I was fortunate enough to watch a ganga aarti ceremony–part of a puja in honor of Mother Ganges. They have one of these ceremonies every night at a ghat further down the Ganges, but tonight, Sunday night, is the only day of the week they have one here. It was really beautiful–even with the hordes of moths/flies/mosquitos milling around the lights. [My “OFF!” was a last-minute add-in; SUCH a great move!]. It was similar to other pujas I have seen. A pandit sits on a raised platform facing the goddess [the river]. The platform itself is draped in colorful cloths. Also in front of him is a picture of the deity, which is covered with marigold garlands [orange is the color of holiness here!]. Music is playing, ghee lamps are lit, and incense is burning. People who are there for the ceremony bring forward offerings of food and scarves, which will be returned to them as a blessing. At the right time, men begin to beat drums [And, one guy I was talking to a few hours earlier told me that two local dogs always come and start howling at this time. Indeed, right on cue they showed up. He said they hadn’t been trained, but I have to wonder if someone doesn’t give them food afterwards.], and the chanting begins. The pandit chants praises to the goddess, waving the incense and offering prayers. Meanwhile, some people purchase small lotus flower candles, which they light and set adrift on the Ganges–an act of good karma. Lots of people were milling around the concrete area on which all this took place. There was also an exhibit of sorts just beyond it: a group had hung sheets on poles, and then placed a bunch of different posters on the sheets, which were advocated against female infanticide and for women’s rights in general. Pretty cool. People were really friendly, and I had some nice conversations–for once with people who didn’t want to sell me something/take me somewhere/etc.!

OK–so then today, after a nice breakfast at the Open Hand, I set off toward Benares Hindu University. (I think I said before that Benares is the earlier name of Varanasi.) The University was founded in 1916 by Pandit Malaviya, to promote Hindu thought [including the study of Sanskrit], the study of all subjects, and also the character of youth with religion and ethics. He saw it as a combining of the best in Indian tradition with the best of Western education. So, I think it is very much in the spirit of denominationally-affiliated colleges in the US. I decided to walk–it only took about an hour to get there–and I was so glad I did: the traffic was INSANE! It was way faster to be on foot. Once I finally got there, after taking my life in my own hands a few times trying to cross intersections [I was reminded of that line in “Macbeth”–screw your courage to the sticking place”!], I immediately relaxed. One of the things you discover about yourself when traveling are the places that make you feel at home–these are the places that touch the heart of who you are, and root you in a locus that feels familiar and comfortable. [For example, many Christians have this experience when worshipping in a church in another country–even if the language is different.] So, for me, being so long in an academic context and feeling so deeply my call as a professor, being on a university campus immediately felt like “home” to me. Students walking around, the different department buildings–the College of Music, the College of History–the various administrative buildings: it is a very big campus, but I felt completely comfortable.

They have a “school song,” too (called a “kulgeet”)–here are the lyrics (maybe Dr. Oldenburg can set it to some great Lutheran hymn text!)

this is a link to it being sung by performing arts students:
http://www.youtube.com/watch?v=1fIhSSQETEI&feature=youtube_gdata_player

No Recent work of brick and stone
Primordial design of divinity alone
Mansions of Vidya, center of all creation.
(So sweet, serene, infinitely beautiful)

Clear here is the doctrine pure
Truth first, then only one’ self
Home of Harishchandra, Truth’s testing ground.
(So sweet, serene, infinitely beautiful)

Life-Giving waters of Varuna and Assi
Sustenance of Kabir and Tulsi
Fountainhead of eloquent speech and poetry.
(So sweet, serene, infinitely beautiful)

Music, Economics, other arts so many
Maths, Mining, Medicine and Chemistry
Fraternal forum of East and West , university in trust sense.
(So sweet, serene, infinitely beautiful)

Patriotism of Malviyaji
His intrepidity and energy
All in youthful manifestation, centre for men of action
(So sweet, serene, infinitely beautiful)

The particular goal of my trip today was the Vishwanath Temple located on campus. Unlike many of the temples in Varanasi, this one is open to everyone, even non-Hindus, and I really wanted to see it. I wasn’t disappointed. It a very large, very beautiful temple, with many different shrines on the periphery of the main idol [not used pejoratively], which is a Shiva lingam-yoni–more about that in a minute. There was a particularly beautiful image of the goddess Durga, as well as a striking statue of Shiva. There was also a beautiful sand painting on the floor–I don’t know whether or not it is there all the time, but it was gorgeous. The halls were lined with pictures of the different gods and famous shlokas and verses from different sacred texts, like the Bhagavad Gita.

So, the lingam-yoni is basically a phallic symbol placed on a flat, open symbol that represents a vagina. These two symbols embody the divine masculine energy of Shiva [the Linga–this is a very common symbol for Shiva worship, and you see it in many, many different places] and the divine feminine energy of Shakti [the yoni]. This image is the focus of the temple: it is attended to by pandits, and people bring offerings of milk, garlands and food–the latter two are blessed by the pandits [touched to the lingam] and then returned as a blessing; and the milk is poured over the lingam, and it runs down two channels on the sides of the yoni out a spout in the front. There, devotees can put their hand out and drink the milk, or reach out and touch the idol, then touching their forehead. There was a line of people–men on one side, women on the other–waiting to go up to the idol and make their offering. [There were several little shops out in front of the temple where one could buy little cups of milk, garlands, etc.] I really enjoyed my time there.

Finally, here is a little food for thought. I just finished another really interesting book about India, called “Nine Lives.” Each of its nine chapters tell the story of a different interesting person, who in some way embodies an unusual religious practice and/or belief. The author, William Dalrymple, wrote the book at least in part in response to the homogenization of religion in India in general. This is what he writes: “As I found on my travels, increasingly it is the small gods and goddesses that are falling away and out of favor as faith becomes more centralized, and as local gods and goddesses give way to the national hyper-masculine hero-deities, especially Lord Krishna and Lord Rama, a process scholars call the “Rama-fication” of Hinduism.” This is occurring in part due to the growing presence of television, the increased migration of people to cities, and the younger generation’s lack of interest in carrying on the devotional practices of their parents. As DVDs and cable TV promote the mainstream Sanskrit epics, scholars fear that this is leading to a standardization of Hindu mythology. So, for example, instead of elaborating, memorizing, performing a local variant of The Ramayana–with a different hero and a different plot–people are more and more being drawn to the “national” story, and the regional versions are being lost. It is a oft-recounted fact that when The Mahabharata was shown on state-run TV in the early1990s, the country basically shut down, as everyone who had access to a TV stopped what they were doing and watched. Viewership never slipped below 75%, and at some points was recorded at 95%–that translates into an audience of roughly 600 million people. What regional story, told by a bard over a series of evenings, can compete with that?

Related to this is the increasing pressure some heterodox expressions of Hinduism and Islam are experiencing, and the forces that are trying to bring them in line. The following story falls into this category, as it came in the chapter where the author was talking about a particular Sufi mystic, a follower of the great Sufi saint Lal Shahbaz Qalander. Sufism in India is under great pressure from conservative Islamic groups from Pakistan. Those groups see Sufism as an illegitimate expression of Islam, and they want to eradicate it. [The book is good, by the way–really, really interesting descriptions of very particular, interesting religious traditions told by the practitioners themselves.]

So, the story: One day, Lal Shahbaz was wandering in the desert with his friend. It was winter and evening-time, and so they wanted to build a fire. They found some wood, but they realized that they had nothing with which to kindle it. So, his friend suggested that Shabaz turn himself into a falcon and fetch some fire from hell. Shahbaz agreed, and flew off, but he came back in an hour, empty-handed. “There is no fire in hell,” he reported. “Everyone who goes there brings their own fire, and their own pain, from this world.” 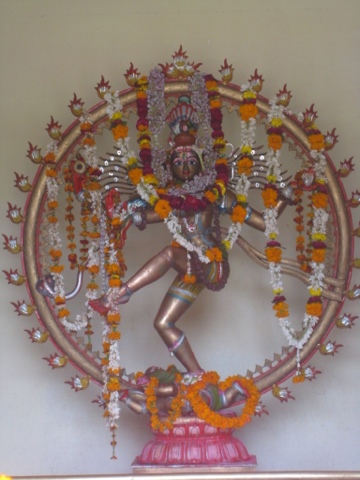 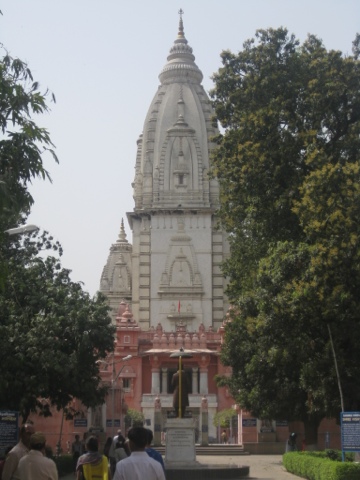 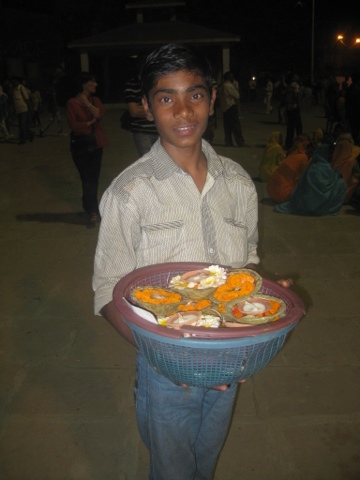 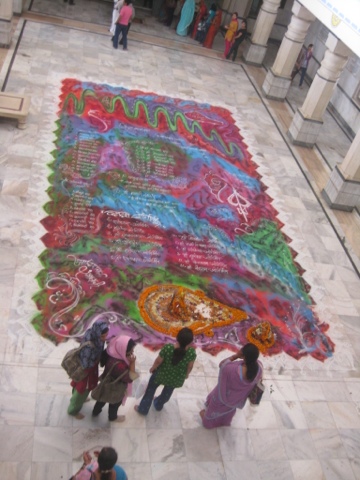 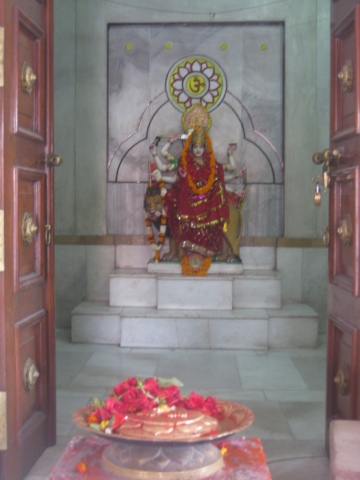