Today was the day I walked down to the Manikarnika Ghat, which is the main ghat for cremations, and said to be the most favorable place to be cremated. [There is another, smaller cremation ghat, Harishchandra Ghat, but it is nothing compared to Manikarnika!] As I think I have mentioned before, Varanasi itself is most auspicious place to be cremated, and it is believed that if one dies and is cremated here, one goes straight to heaven, and is liberated from the cycle of death and rebirth. The holiness of Varanasi itself is related to several different things–being on the Ganges, of course; being such an ancient city [one of the oldest continually inhabited cities in the world–some say THE oldest], and its connection to Shiva, who is said to have founded the city himself and still holds it dear.

Pictures of cremations are strictly forbidden–it is seen as the height of disrespect and offense, so I will describe what I saw instead. The first thing you notice as you get close to the ghat is the immense piles of wood: not only up against the buildings, but even in boats moored just off the shore. There are several places that have large scales where the wood is measured and purchased: different kinds of wood are more expensive than others–sandalwood is the most expensive because of its fragrance. The wood is always purchased here, and then, after the haggling, the men who work the scales carry the wood down to the cremation area itself. This is, I should say, backbreaking work: some of the logs are very large and very heavy, and the men who carry them are small and wiry; and it is HOT–it is already a billion degrees, just from the weather itself, and the heat off all the cremation fires makes it even hotter. I don’t know how they do it.

As I said before, it is the “Doms,” the particular dalit [“untouchable”] caste that manages the whole business of cremation–it is polluting to touch a dead body, and therefore no caste Hindu can participate–except for the sons and others, who must enact the specific rituals of the cremation itself. [I read somewhere that this actually has made the Dom caste fairly wealthy in Varanasi–they have the corner on a very, very popular market. I don’t know whether that is true or not. Frankly, I haven’t seen anything here that looks much like “wealth” to me, as least the way I think of it back home.] I also want to say here that this whole process is exclusively run by men–no women participate at all–they don’t go anywhere near the actual cremation grounds. In fact, I only saw one woman the whole time I was watching, and she was clearly the exception–more about her a minute.

From a distance, you can see and smell the fires–and, if the wind is right, you can also see the ashes floating by. As I got closer, I could count at least 12 funeral pyres burning, and at least 8 bodies waiting to be placed on a pyre. They definitely have as much business as they can handle.

Once a person dies, she is anointed at home, and wrapped in layers of colorful cloth–mostly shades of orange, as this is the color associated with holiness in Hinduism–along with marigold garlands. Then, she is carried on a stretcher made of bamboo poles and straw through the streets, accompanied by chanting, singing and drums. There is one set of stairs down which everyone comes, and the corpse is taken straight to the Ganges, where it is submerged, and certain rites are performed. Once this is done, there is usually a waiting period–the stretcher is set on the stairs, off to the side, or on the bank of the river itself, as the pyre is prepared. [Incidentally, I saw one opportunistic goat munching on a marigold from one of the garlands on one of these corpses until he was chased away. There are lots of animals hanging around, just to see what they can find, I guess.]

Then, once the pyre is ready, the body is brought over to it, and all the cloths are stripped off, until the body is left wrapped in only a thin white sheet. The body is then placed on the pyre, and more wood is piled on top of it–one body I saw was also anointed with ghee at this time, but that didn’t happen with all of them. At this point, a small pile of long grass is lit, and the oldest son [I was told] circles the smoke around the head, and then circles the corpse with it as well. Finally, the lit grass is shoved under the pyre at the feet, where the wood then catches fire. The feet mostly stick out and so does the head, and the white sheet quickly burns away: there is no question what you are seeing! It all is in start contrast to the funeral preparations in the United States, where we are by and large entirely removed from the body itself. I’m not really sure our way is better.

When I arrived at the ghat, I saw one skeleton lying in a smoldering fire, face down: you could clearly see the skull, the backbone, and the pelvic bones. It takes several hours for a body to burn, and even then, not all the bones are consumed. What is left, larger bones, and particularly the skull, as well as the ashes, are taken down and thrown in the Ganges, where a group of boys sift the water, looking for jewelry and other valuables.

The one woman I saw immediately caught my eye because she was so out of place. She was wearing a red sari and clearly grieving for her husband [I was told]. At one point, she knelt on the ground, uncovered the dead man’s feet, touched them and touched her forehead–a sign of honor and respect. She held the arm of her son as he performed the rites with the burning grass, and when the grass was finally slid under the pyre, she fainted and had to be revived with water. At this point, one of the members of the funeral party picked her up and carried her away. I guess it must be the family’s responsibility to keep the women away, and they just weren’t able to in this case. Or, maybe this was a particularly sad case–a younger man [she wasn’t old herself]–and perhaps the other bodies I saw were older people, perhaps without spouses, even. It is impossible to tell.

The fires are managed by the Doms, who prod the wood and turn over the logs to make sure that they are consumed completely. There are of course many pandits around as well, since proper prayers must be offered at different times. There were actually lots of people milling around watching–and not just tourists. It certainly is interesting, but there are so many–literally just one right after another, one right next to the other–it quickly becomes just part of the day, just part of life and death along the Ganges.

As I was walking back to my hotel, I was reminded that we are now just two days away from Holi, one of the most exuberant, enjoyable festivals in Hinduism, celebrated primarily by spraying other people with colored water. And, I am finding out that the celebration is starting early, even though the bonfires won’t be lit until tomorrow night–big piles of wood and debris are springing up all over the place. I have seen more and more people covered with colored paste, and there were some young boys stalking passers-by at one of the ghats today. I just narrowly missed becoming a target! I am eager to see what things are like on Thursday–and a little apprehensive! 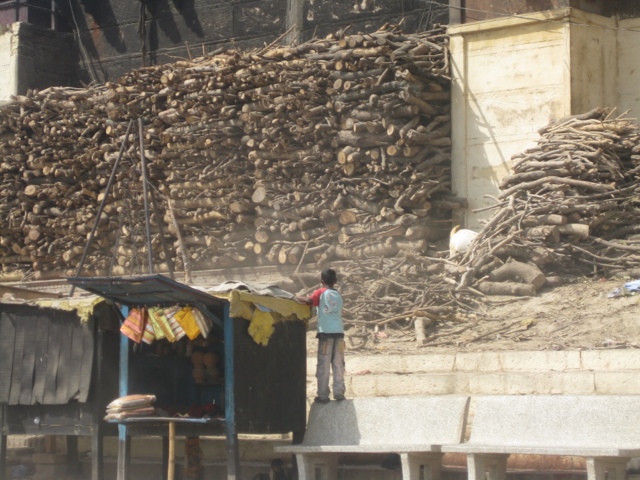 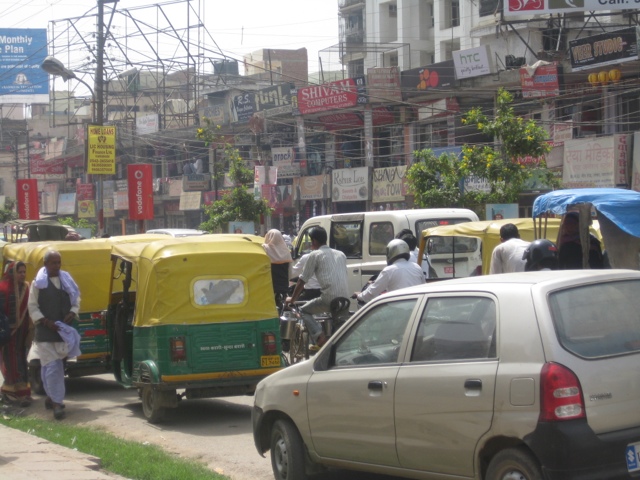 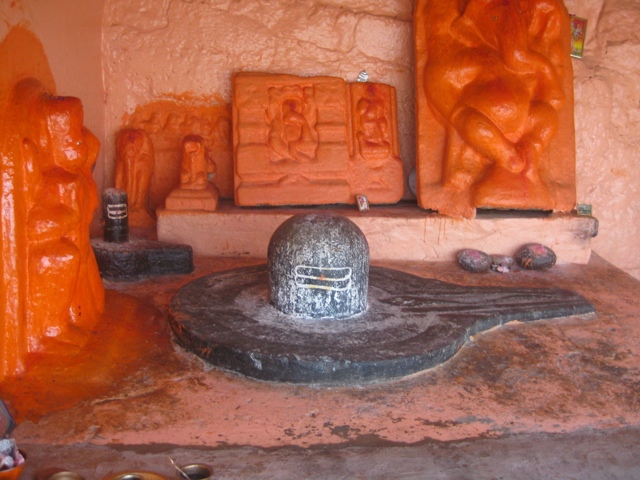 2 thoughts on “Cremation on the Ganges”