Today was a really great day–equal parts Christian and Muslim! I started the day with a visit to the Church of St. Saviour in Chora–also called the Kariye Museum. It was an hour’s walk from my hotel, which I loved: it was a gorgeous day today and a great day to be out walking the streets. I always loving walking around in new cities, and just seeing what I can see–it is so much better than sitting in taxis or buses & having sights fly by without being able to really take them in.

Before I get to the heart of the day, let me offer two examples of the random minutia that you see when you walk. First, I was walking along a pretty main shopping drag, and at one point, I kept seeing store after store selling big, frothy, sparkly wedding dresses–many of which were strapless. And, I kept thinking, “Do Muslim women really wear these?” [Later in the afternoon, I received confirmation that yes, indeed, they do. The desire for a big “fairy tale” princess wedding dress seems to be universal–do we have Disney to thank for that?!] Then, the other thing I saw of interest were several women wearing burqas walking a track around a football [soccer] stadium–and they were not accompanied by a male relative. I was really happy to see that they had a place to go where they felt comfortable enough to exercise. I also passed Valens Aqueduct, built in the late 4th century, and supplied the city’s water until the late 19th century!

OK–so, the church/museum was amazing: all the pictures below of the mosaics are from that church. There is somewhat of a murky history of the origins of the original church building, but the current church dates from the 11th century. It was remodeled between 1315-1321, and that’s when all of the mosaics & frescoes were added, by Theodore Metochites. They are really spectacular, and the pictures don’t do them justice.

Again, I thought it was interesting that when Constantinople fell to the Ottomans, no damage was done to the church–and it actually continued to function as a church until 1511, when it was turned into a mosque. According to accounts of visitors, during the time the church was being used as a mosque, wooden shutters were fixed over the mosaics, which could be opened or closed. I keep hearing/reading about the tolerance the Ottomans showed towards Christians and Jews who lived here [remember that when the Jews were expelled from Spain in the 15th century & no European country would allow them to enter, Istanbul opened its arms], and there is lots of evidence to support that–including old synagogues still standing.

That was the first part of the day. Then, the afternoon was taken up with some great conversation with two Muslim scholars, both of whom are affiliated with The Istanbul Foundation for Science and Culture, which is dedicated to sharing the work of Bediuzzaman Said Nursi, a famous 20th century Turkish scholar of Islam. I won’t bore you with all we talked about: suffice it to say that I am so glad that I chose to come to Istanbul to study Islam–there really is no other Muslim country like Turkey in the world, and it is the model for many of the “Arab Spring” countries, looking to maintain their Muslim identity while also embracing the modern world. They both confirmed what I had already myself seen and heard: Turkey is not only Muslim in name, it is Muslim in practice, with the number of “observant” Muslims being roughly 70%. All of these enormous mosques I see on every corner are packed on Fridays, even with people having to pray on rugs outside. Yet, Turkish Muslims are committed to respect, diversity and tolerance; and while they are enjoying the increasing freedom to practice their religion [for example, it is only in the last few years that female Turkish students have been able to wear the hijab to the university; and the faculty of theology at Istanbul University was only re-established in 1992–they began granting degrees in 1996], they also are not about to give up open-mindedness and liberality that characterizes Islam here. Hakan, who is a graduate student, took me around Istanbul University, which has a really interesting history and is currently the premiere university in Turkey and also the neighboring Suleyman mosque, built in the 16th century [those are the pictures below]. Want to hear a cute story about it? [Like you have a choice!] The famous architect, Mirmar Sinan built it, and it is said [Oh, that reminds me: I am reading a series of essays on Istanbul by the famous author Orhan Pamuk–he is graduate of Istanbul University, by the way, and he said that Turkish has a special tense when you want to recount events that you only heard about, but did not witness yourself–kind of a “story” tense. Isn’t that cool?!] that when he was constructing one of the minarets, some of the children playing in the courtyard kept saying that it wasn’t straight, even though the engineers had measured it and knew that it was. So, Sinan called all of the workers together and told them to tie ropes around the top of the minaret. Then he gathered the children and told them he would ask the workers to pull on the ropes until the children said the minaret was straight [a little joke to indulge the children]. So, they kept saying “a little more, a little more” and the workers kept pulling, and finally they said, “It’s straight!” It is meant to illustrate the kind heart of Sinan. Hakan also treated me to my first Turkish coffee–strong enough to leave sludge in the bottom of the cup! 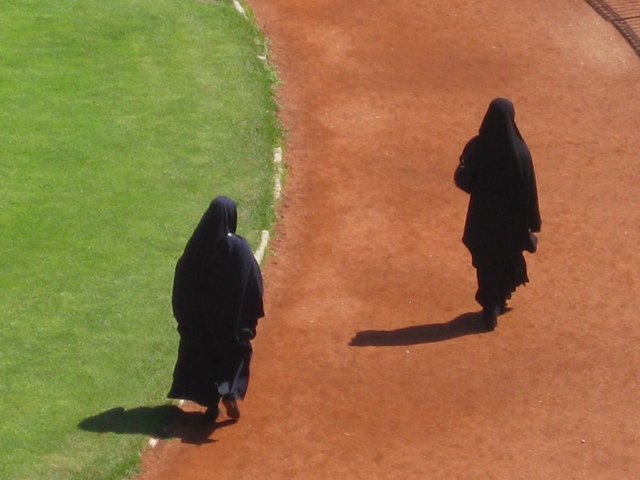 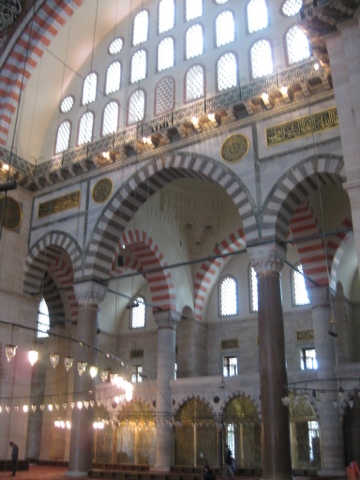 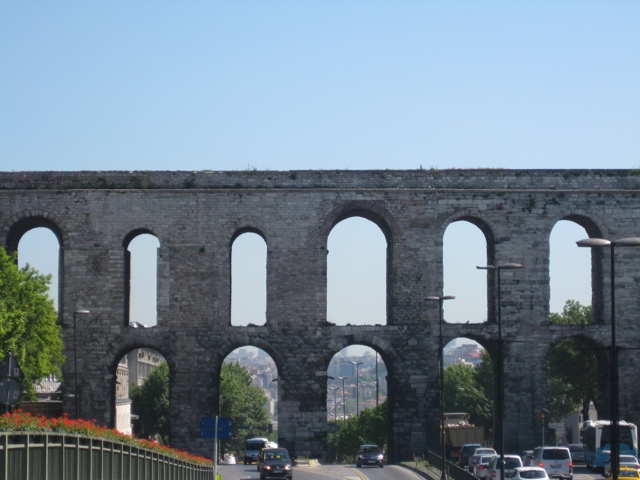 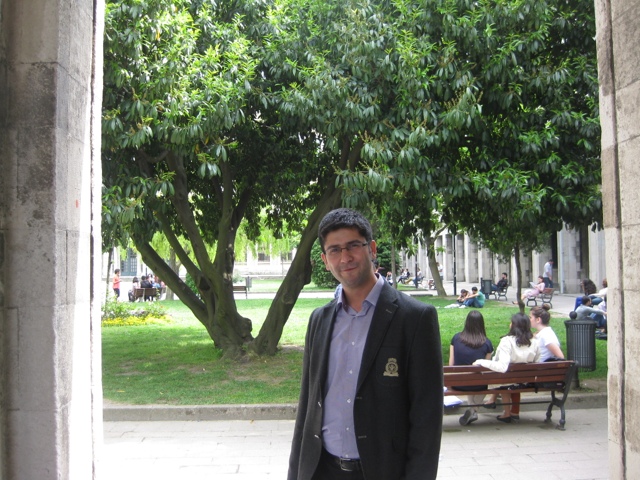 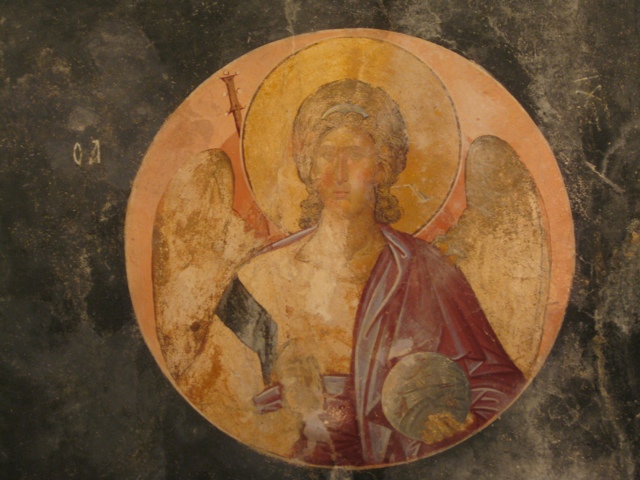 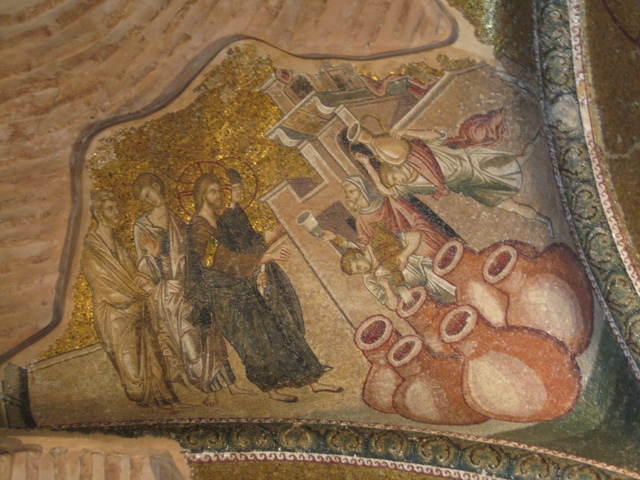 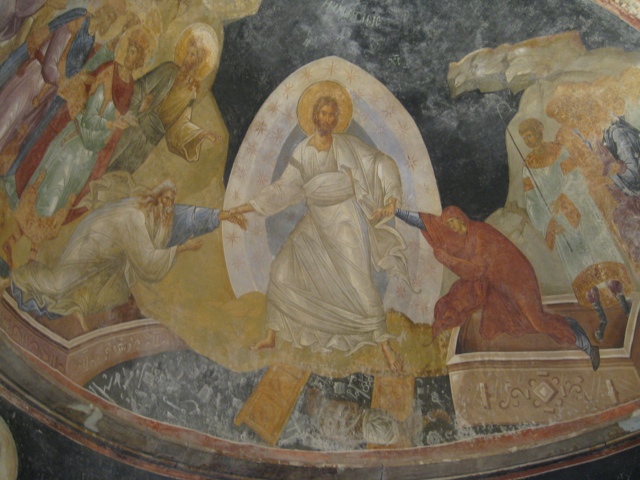 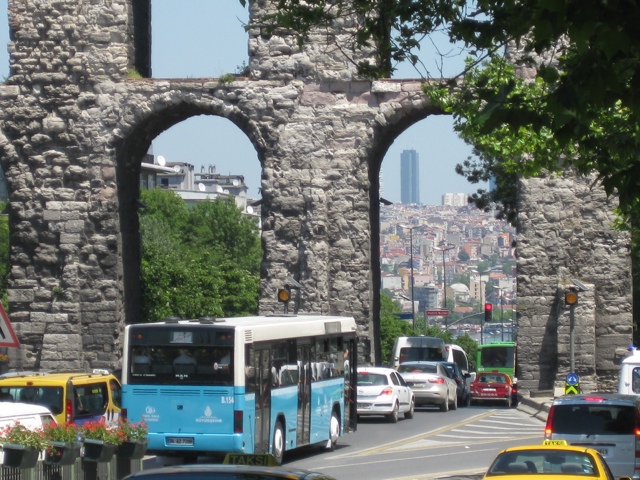 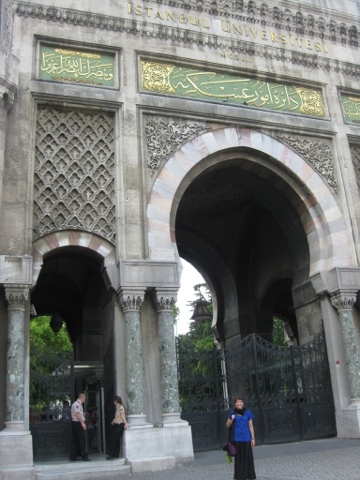 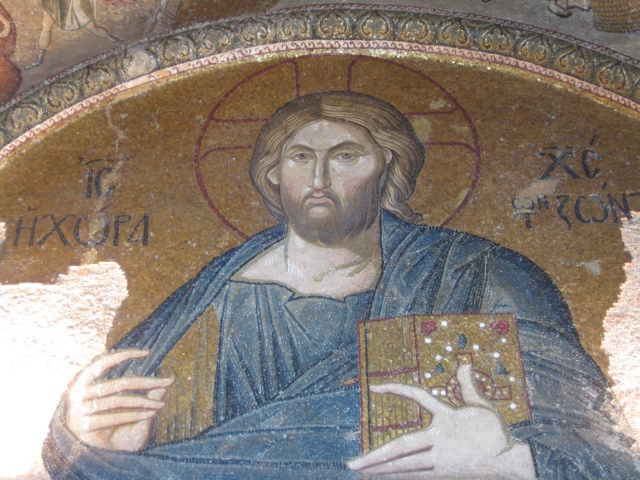 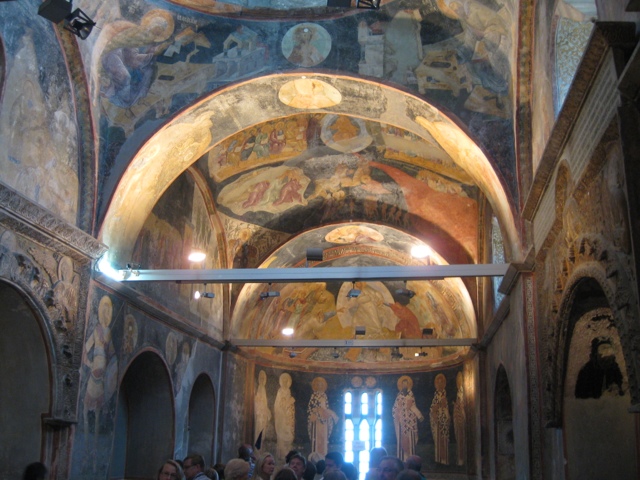 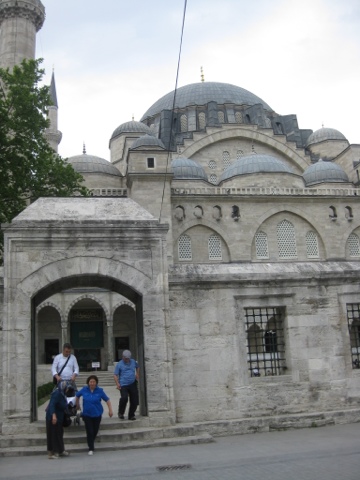 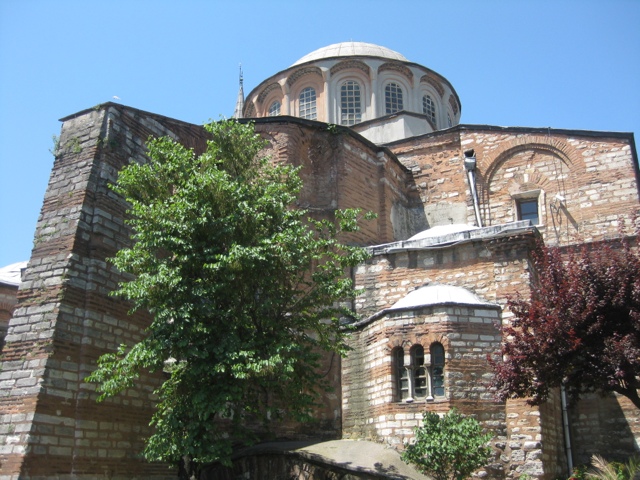 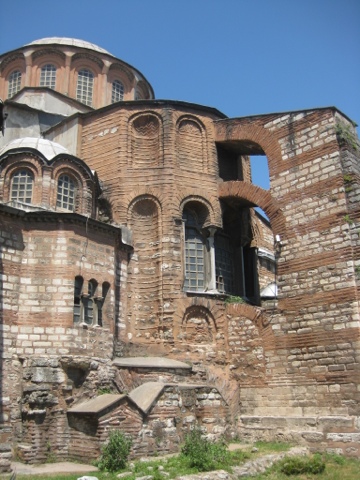 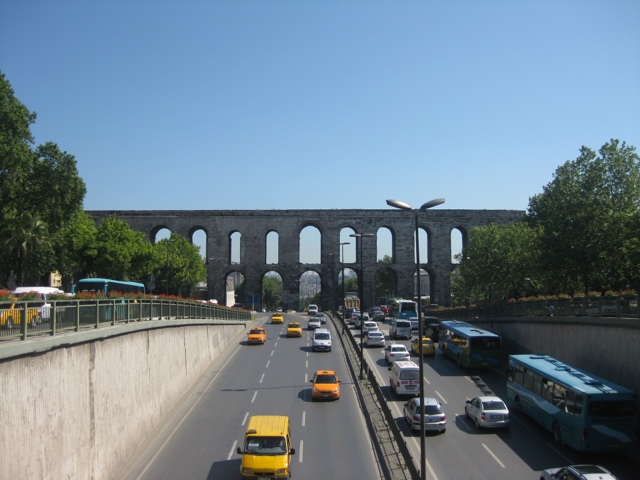 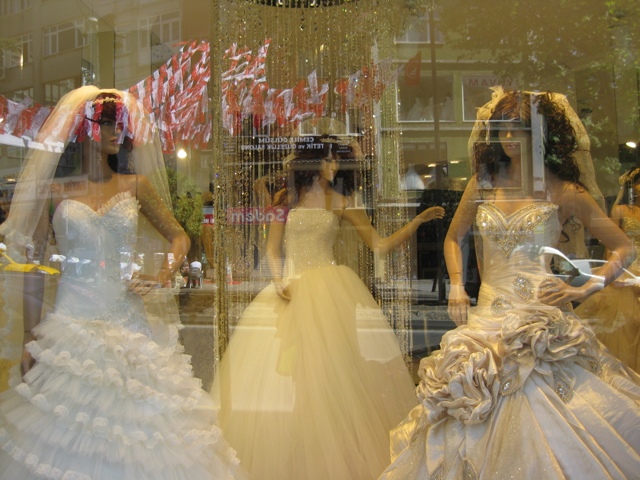 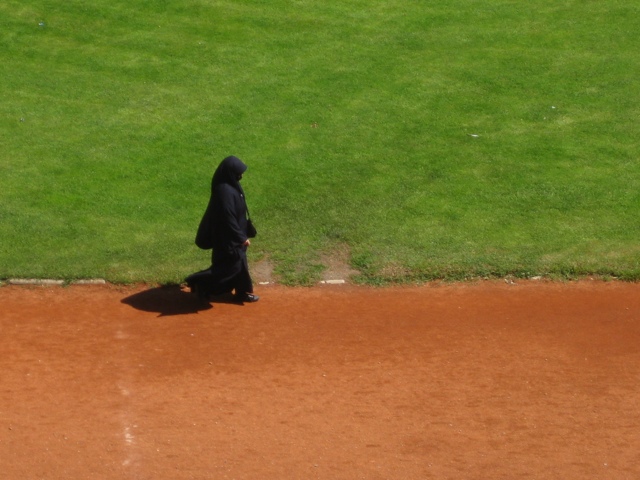 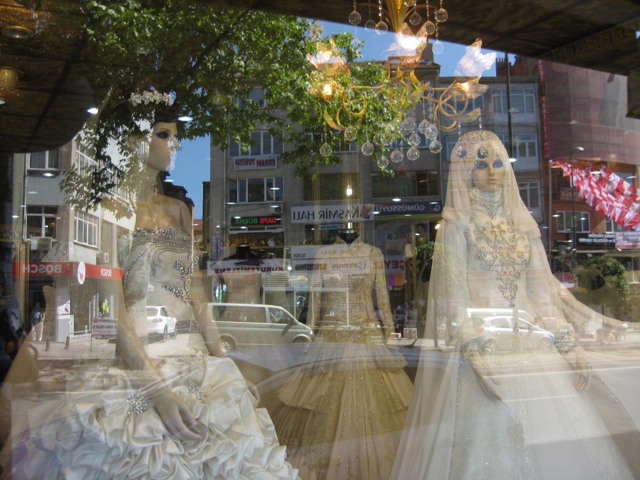 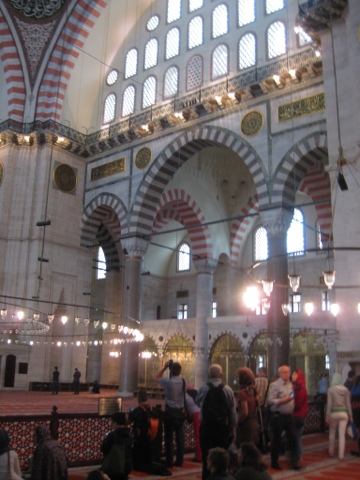 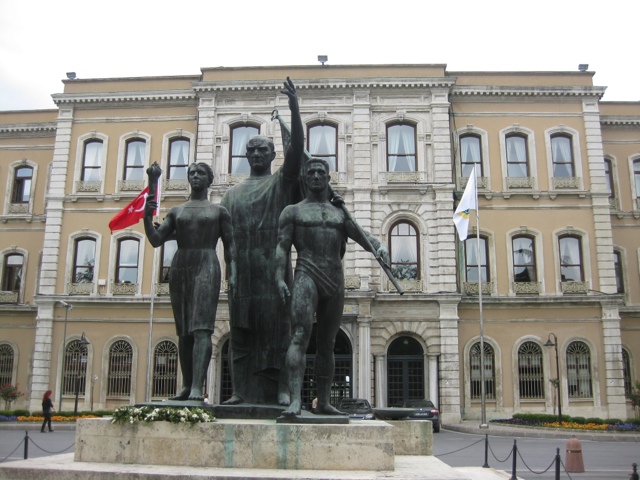 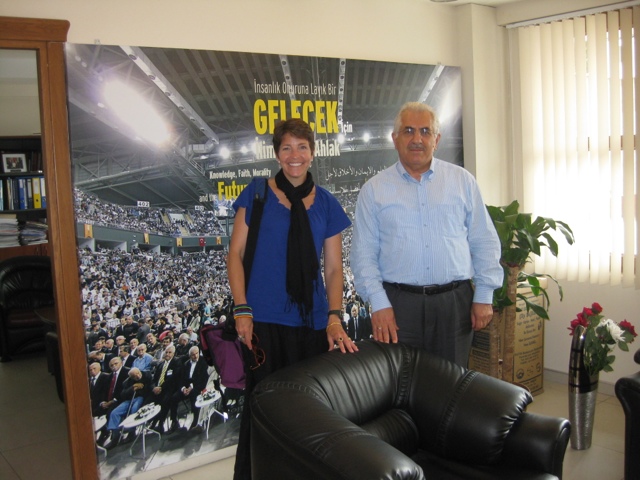 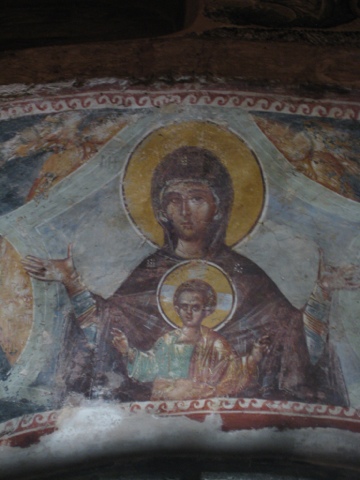