Sorry–can you stand one more post today?! I forgot to mention one of the most beautiful things I saw in Hagia Sophia: it was an exhibit of modern hilyes, and it was fabulous. The “Hilye-i Serif” [that is not spelled exactly right–I don’t have the right characters in Pages], translated as “Noble Hilye” in English, is a Ottoman calligraphic tradition, that renders a standard description of the physical and personal attributes of the Prophet Muhammad in a graphic art form. This is, in a way, Islamic portraiture: remember, in Islam, images are not used–certainly not for God, and not often for Muhammad, either. Thus, the highest religious art form in Islam is calligraphy. And, in this particular tradition, the words themselves become the image, so to speak. Here is a part of the traditional description: “(It is related) from Ali (may God be pleased with him) that when he described the Prophet (may prayers to God and peace be upon him), he said: He was not too tall, nor was he too short. He was of medium height amongst his community. His hair was not short and curly, nor was it lank. It would hang down in waves. His face was not overly plump, nor was it fleshy, yet it was somewhat circular. His complexion was rosy white. His eyes were large and black, and his eyelashes were long. He was large-boned and broad shouldered. His torso was hairless except for a thin line that stretched down his chest to his belly His hands and feet were rather large.” The detail is so interesting, isn’t it?

This is the last part of Ali’s description, which is also included in each hilye: “He was the most generous of men. The truest of people in his words. The most mild-mannered, and the noblest in companionship. Those who first saw him would be awed and those who knew him personally loved him. Anyone who described him would say, ‘I never saw the like of him, either before or since.'”

Can you see why Muhammad is the standard for all human behavior, not just toward God, but toward others, too? In a video on Muhammad, one Muslim woman emphasizes that Muslims don’t worship Muhammad: “Our reverence is to God, our reference is Muhammad.”

So, all the pictures below say virtually the same thing, with little variation, but you can see the style of calligraphy differs from picture to picture, as does the structure and form of each hilye. They were absolutely stunning. 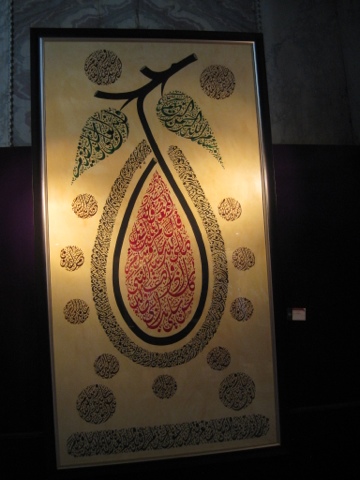 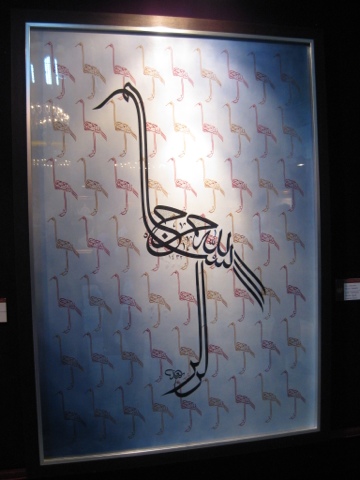 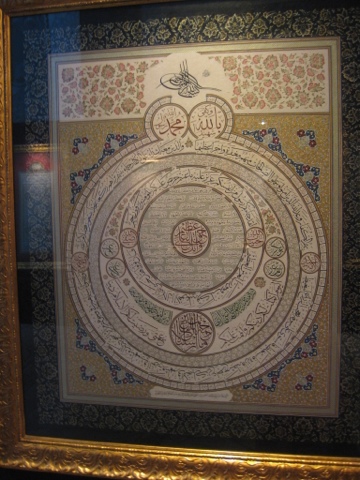 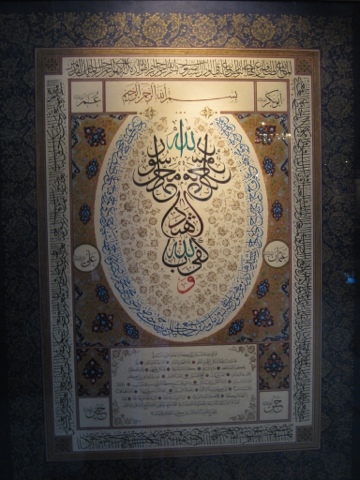 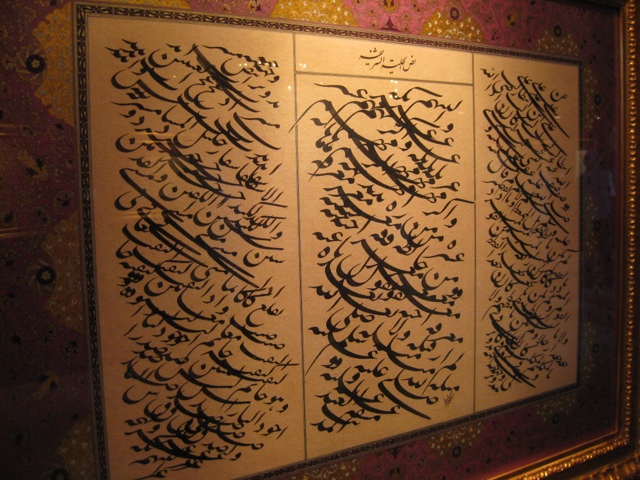 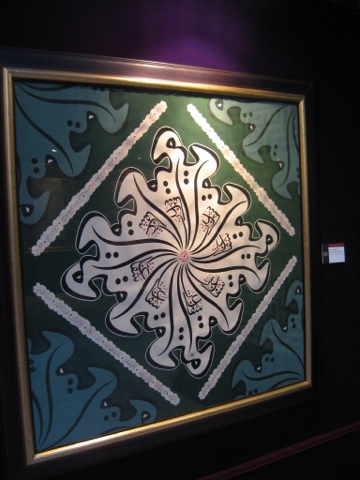 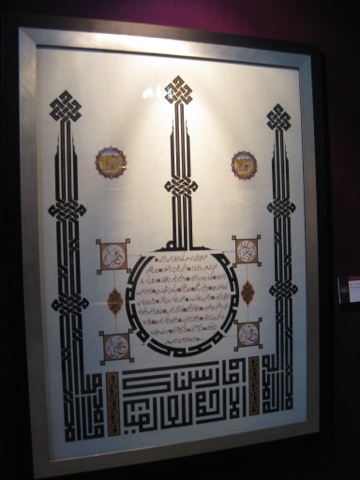 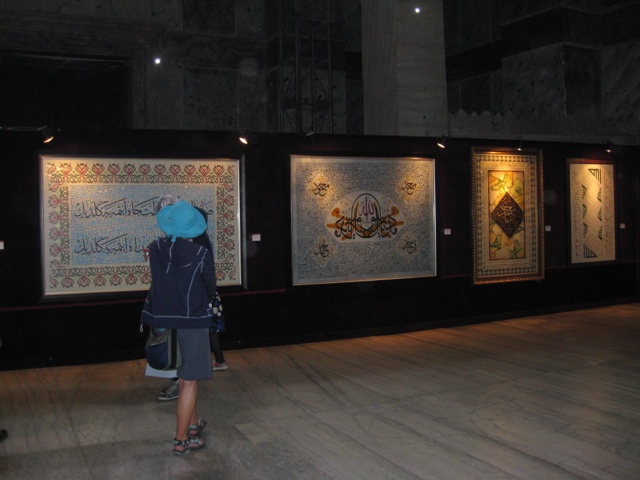 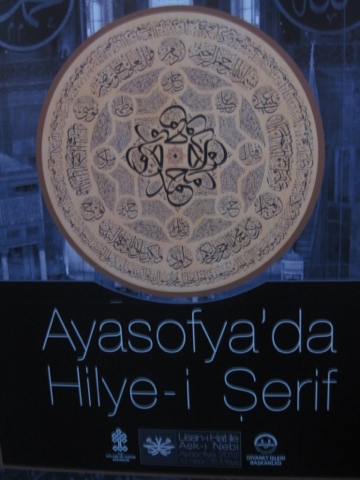 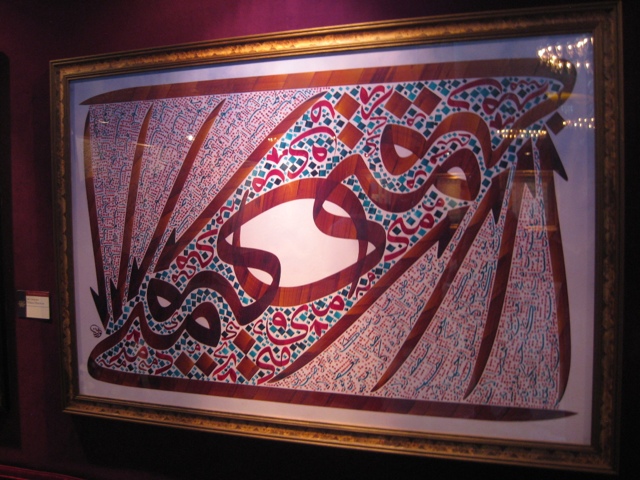 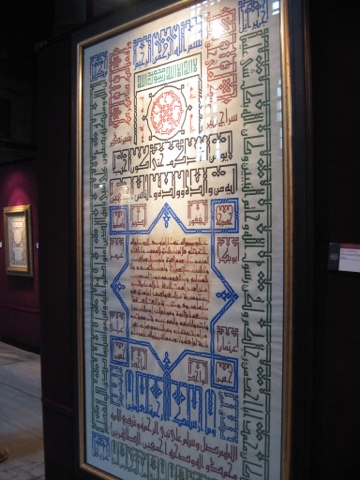 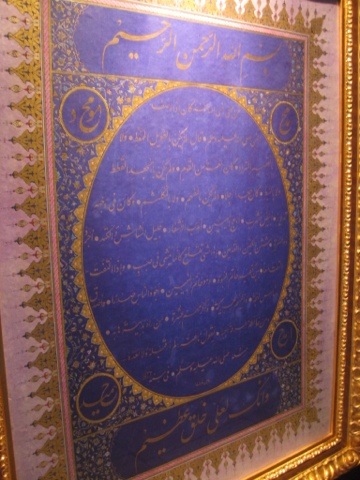 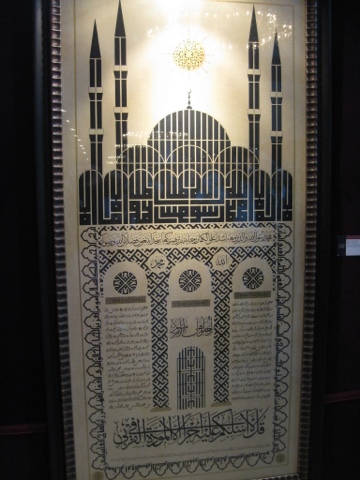