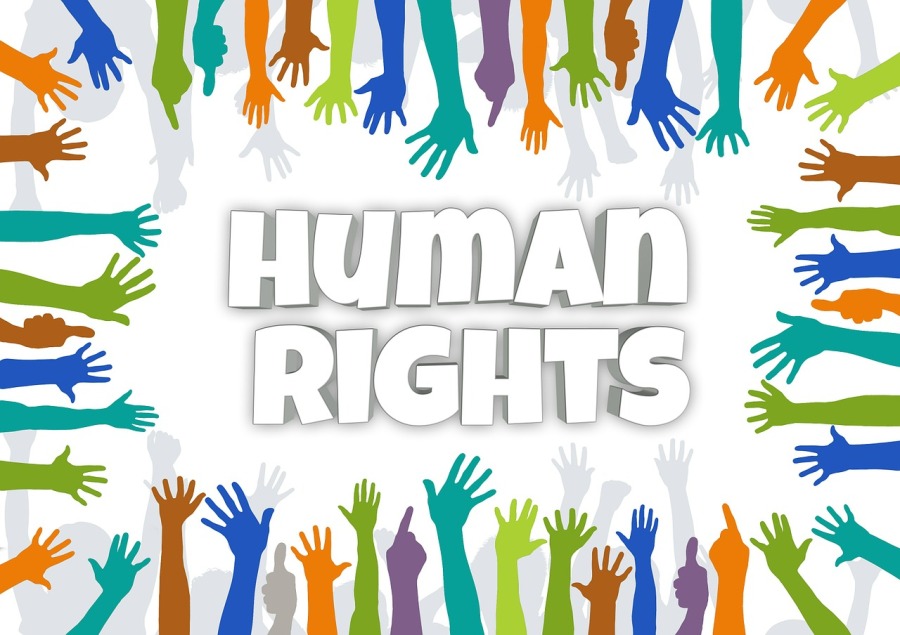 I have had an idea for a blog post for several months now, but I haven’t quite known how to go about writing it, exactly. Then, on the news a day or two ago, I saw that Florida’s “Don’t Say Gay” bill was signed into law, and everything just kind of coalesced.

In case you missed it, this bill bans “classroom discussion about sexual orientation or gender identity” in primary schools. And, to state the obvious, it is an explicit, dramatic challenge to the strides this country has made in the past decade or so improving LGBTQIA+ rights and protections. [Also in this vein is the horrifying directive from Texas governor Greg Abbott where he is attempting to classify “gender-affirming medical care for transgender youth” as child abuse.]

So, in this post I want to link three things that may seem unconnected, but in my mind, they have one thing in common, and that is that they point us to the need to be ever-vigilant against systems of oppression that continually work to thwart any attempts to mitigate their hold on power and authority.

The fact is, most people like power, and this means that most people are loathe to give it up. And since institutions and structures are manifestations of the people who are a part of them, it should be no surprise that systems are often slow to change, as the people who hold power in those systems don’t readily share it. [Just as an aside, I’m not going to talk about the current war in Ukraine in this context, but Putin‘s desperate attempts to recapture and subject a country that he feels rightfully belongs to him, and to Russia, is another very practical, tragic example of this same mentality.]

So, in addition to the example I mentioned above–the pernicious and dangerous examples of anti-LGBTQIA+ legislation–there are two more examples I want to share.

First, I want to lift up the current rolling back of abortion rights in various states around the country: Idaho, Texas, Mississippi, to name the most visible. After decades of struggle, and too many horrible deaths, women finally earned the right to make decisions about their own bodies, their own lives, and their own families in 1973, when Roe v. Wade established a constitutional right to abortion. Many women like myself who came of age after Roe took those rights for granted, trusting that were we ever in the unthinkable position of needing to consider the termination of a pregnancy for any reason, including rape or own safety and health, we would have that option.  Now, women all over the country, particularly poor women and the most vulnerable, are losing that right–and some even think that Roe itself will be overturned. What happened?

The second issue I want to lift up relates to the “Rooney Rule,” and the lawsuit that Brian Flores has brought against the NFL itself and several NFL teams, including the Denver Broncos, which is my team. In case you don’t know, the Rooney Rule was put in place in 2003, and mandated that all NFL teams interview ethnic-minority candidates for head and senior coaching jobs. It was put in place after both Tony Dungy [with a winning record] and Dennis Green [with only one losing season in ten years] were fired.

In the years immediately following the implementation of the Rooney Rule, the percentage of black coaches in the NFL went up, to the point that in the 2006-2007 season, the percentage of African-descent coaches reached 22%, up from 6% prior to the Rule. Now, however, in 2022, the situation has regressed, a fact that Flores’ suit makes glaringly apparent. According to Wikipedia, “As of 2020, the NFL had three African-American head coaches, the same number as in 2003 when the Rooney Rule as adopted.” Last season, there were only four. Again, what happened?

I won’t double the size of the post by bringing in my perspective as a Christian here, but let me just say that for me, this is a religious issue, as I worship the one who incarnated God’s love in weakness and vulnerability and constantly stood protectively and passionately on the side of the weak and vulnerable–all the way to the cross. As a Christian, I am called to follow Christ in this compassion, resisting all systems that dehumanize, marginalize and victimize the powerless and precarious.

So, all of these examples are a stark and vivid reminder to me of the necessity of vigilance: of needing to never take for granted gains that we have made toward the empowerment of women, BIPOC communities, and the LGBTQIA+ community. No matter how hard and long the battle was to win those rights, they still can be taken away in a moment. Stay alert. Just when we think it might be safe to exhale, we find that it isn’t, and another vulnerable person ends up paying the price.