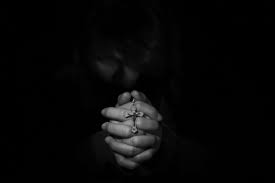 If you orbit the Lutheran world, you probably have heard that United Lutheran Seminary is in the midst of a serious leadership crisis.  Damaging information has come out about President Theresa Latini’s past, which in itself is problematic for some [roughly twenty years ago she was the executive director of OnebyOne, a Presbyterian anti-gay organization that promoted conversion therapy], and also about the way in which this information was covered up and hidden from the community.  Trust has been broken, the community is hurt and angry, and there is lots of uncertainty about the way forward.  I think we all are grieving deeply for her–this is so extraordinarily painful for her and her family–and also grieving deeply for the school, and for those who are suffering on a personal level, particularly our LGBTQ+ students.

I already said my piece in an official response, so I am not going to do that here.  Instead, I just want to share that I am really wrestling with the concepts of forgiveness and accountability.  I feel pretty strongly that they go together and are not mutually exclusive, and yet in practice, clarity about just how they work together is eluding me.  Obviously, forgiveness without accountability is like cheap grace, and quickly degenerates into an open invitation to continued abuse and bad behavior.  And, equally obviously, accountability without forgiveness is straight, unadulterated judgment and condemnation, under which no one can stand.  So where, between these extremes are we supposed to find ourselves?

I also can’t stop thinking about this amazing ministry my friend Lauren [who is herself totally amazing] is starting at her church down in Baltimore–turning the parsonage into transitional housing for women getting out of prison.  For something like that to work, clearly there has to be both, right:  forgiveness, or the congregation would just say, “no way–not here;” but also accountability, otherwise there are no boundaries, no consequences, and no concrete steps for restoration.  It seems to me a great deal of trust, honesty, respect and openness is required on all sides for something like that to work, which is why this project feels like such a beacon of hope to me–a small miracle, really.

In our Lenten book group at the college, we are reading Anne Lamott’s Hallelujah Anyway.  Here is something we read today:

“[To be mercy people] One has to be done with the pretense of being just fine, unscarred, perfectly self-sufficient.  No one is.  The ancient Chinese had a practice of embellishing the cracked parts of valued possessions with gold leaf, which says:  We dishonor it if we pretend that it hadn’t gotten broken.  It says:  We value this enough to repair it.  So it is not denial or a cover-up.  It is the opposite, an adornment of the break with gold leaf, which draws the cracks into greater prominence.  The gold leaf becomes part of its beauty.  Somehow the aesthetic of its having been cracked but still being here, brought back not to baseline but restored, brings increase.”

I can’t stop thinking about this, either.  I certainly don’t want to adorn my brokenness, my “cracked parts” for others to see; but, I guess for me the point is that cover-up, a quick patch job, never works.  It’s like what happened in the new Center for Religious & Spiritual Life.  It turns out that in a couple of places, they painted over bad paint/primer, and although it looked fabulous for a few weeks–all nice and new–it quickly started to flake, and they had to scrape it all off, and start again.  Talk about a painful process…