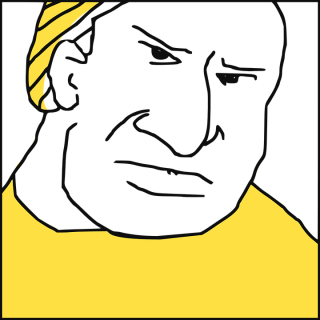 If you haven’t seen this video yet, you need to–#MoreThanMean.  But, be warned:  you aren’t going to like it.  The language is brutal, and the “c” word figures prominently–and I don’t mean “cancer.”
Maybe you have heard about it before–it went up on YouTube at the end of April:  ordinary guys come in and sit down in front of sports reporters Sarah Spain and Julie DiCaro and read the real comments made about them, sent to them via email, Twitter, etc.  They squirm, and so will you.  [My personal favorite:  “I hope your dog gets hit by a car, you bitch.”]  I mean, who are these people?!  Another classic:  “I hope your boyfriend beats you.”
Again, let me clear:  these aren’t things spoken by a group of guys in a basement somewhere over a few beers–which, obviously, would also be appalling and disturbing in and of itself.  No, these were comments sent directly to the women themselves by men who apparently are angry and threatened by women who have a seat at the sports-commentary table.  I’m assuming the “logic” [and I use the term loosely] goes something like this:  they don’t belong there, they don’t have a right to be there; and therefore, it is open season on every aspect of their personality, character, physical appearance and personal life.  And, the more threatening, the more hateful, the more violent the comments, the better–like, “I hope you get raped again.”  By the end of the video, the men are barely getting through the list and are visibly shaken; they stumble through apologies, because, really, what are you going to say in the face of such vitriolic hostility.
We like to think that things have gotten better for women–in society, in the business world, in the academy and in the church–and, to some degree, that is true.  Nevertheless, women in all kinds of contexts, in all kinds of roles, in all levels of class still have to struggle against assumptions that they aren’t as good/smart/strong/funny/capable as men, that they really should be at home having babies, that their bodies are public domain, and that when they step outside the ropes or crash up against the ceiling, they can and should be put back in their place by whatever means is necessary.  [Don’t even get me started on the Hilary haters here, but it’s the same phenomenon.  Incidentally, this also is one of the main reasons why Trump is so very scary.  Remember, this is a man whose knee-jerk response was to propose punishment for women who sought illegal abortions, and who took delight in ranking women on a scale of 1 to 10.]
The fact is, we must remain vigilant–all of us, men and women alike–standing up and speaking out every time we hear some offhanded sexist remark, or see a women being denigrated or mocked, just because she is a woman.   If we don’t, it implies tacit permission for–even agreement with–such behaviors, and creates the idea that lots of people actually feel this way, even if they don’t say it.  That lie needs to be unmasked.
It’s not funny or “just a joke,” and, like the video points out, it’s also not just “mean”–it’s dangerous, threatening behavior that imperils the very values we cherish as a nation: equality, freedom, and justice.  This is #MoreThanMean; it’s an attack on all of us.