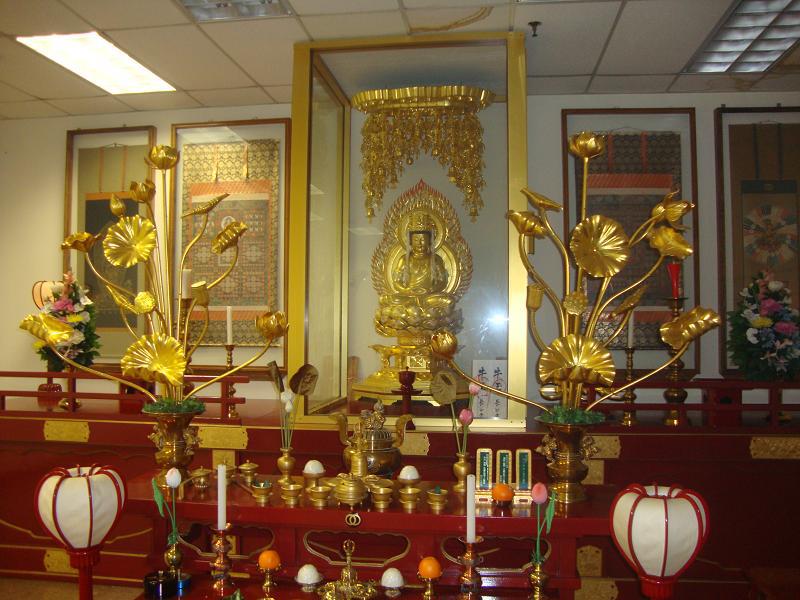 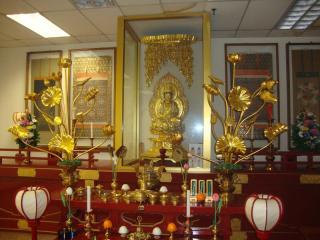 I read this interesting post this morning by my dear friend Richard Payne:  Dharma talk during the Eitaikyo.  In it, he shares a summary of the dharma talk he gave during the annual eitaikyo service held every fall at the Institute for Buddhist Studies.  This service sounds to my Christian ears similar to our All Saints service.  Richard writes, “During this service, the names of all those who have an immediate karmic connection with the founding and history of IBS are read out, including those who have died during the year since the last service.”  This year, it was held on Friday, October 30th, two days before All Saints Day.

As I was reading Richard’s reflections, I was struck again by how different in many ways Buddhism is from Christianity, and yet how Buddhist teachings can shed fresh light on Christian thought, opening our eyes to new insights.  One of the main themes of Richard’s talk is the dichotomy between the work one must do for oneself [for example, the work Richard had to do to become a Shingon ajari (priest)], and the recognition that any work we accomplish also is dependent on the larger network of relationships, past and present, in which we exist.  He quotes the Zen saying “No one else can sit on your meditation cushion for you;” but also lifts up the reality that “our very existence is dependent upon the effort of others…we are part of a great web of social, physical, psychic connections such that we are each connected with the entire universe and with everyone else.”

While I think Christians can recognize and even empathize with these ideas, this is not the language Christians typically use; and frankly, Lutherans would not talk about “achievement” in a spiritual/religious context much at all, I think.  Yet, as I sit here at my desk at Gettysburg Seminary, I certainly can resonate with Richard’s recognition that without those who went before us “who gave their time, energy, sincerity, and support to create this institution,” we would not be here; and I also feel the urgency he articulates in light of those gifts:  “and yet it is indeed up to us to decide what to do with this precious gift handed to us by those who have gone ahead.”  I think we all feel some sense of that urgency, even in our own individuals lives, when we look back and remember the deaths of our loved ones who helped shape us into the people we are:  What will do with the lives we have been given?

I want to end with a statement from Shinran, which Richard also quotes:  “When I consider deeply the Vow of Amida, which arose from five kalpas of profound contemplation, I realize that it was entirely for the sake of myself alone!  Then how I am filled with gratitude for the Primal Vow, in which Amida resolved to enable me to be awakened, though I am burdened with such heavy karma.”  Sound a bit like Luther’s pro me to anyone else?

In both Shin Buddhism and Lutheran Christianity there is a tension between gratitude for what has been done for us, and the necessity [yes, I use that word–we’re studying the Formula of Concord in Confessions class right now, which is where you can find it, among other places…] of an active response to that gratitude.  In reading Richard’s post, I was reminded that both traditions also emphasize the importance of relationship/community in one’s religious life.  A cloud of witnesses indeed.