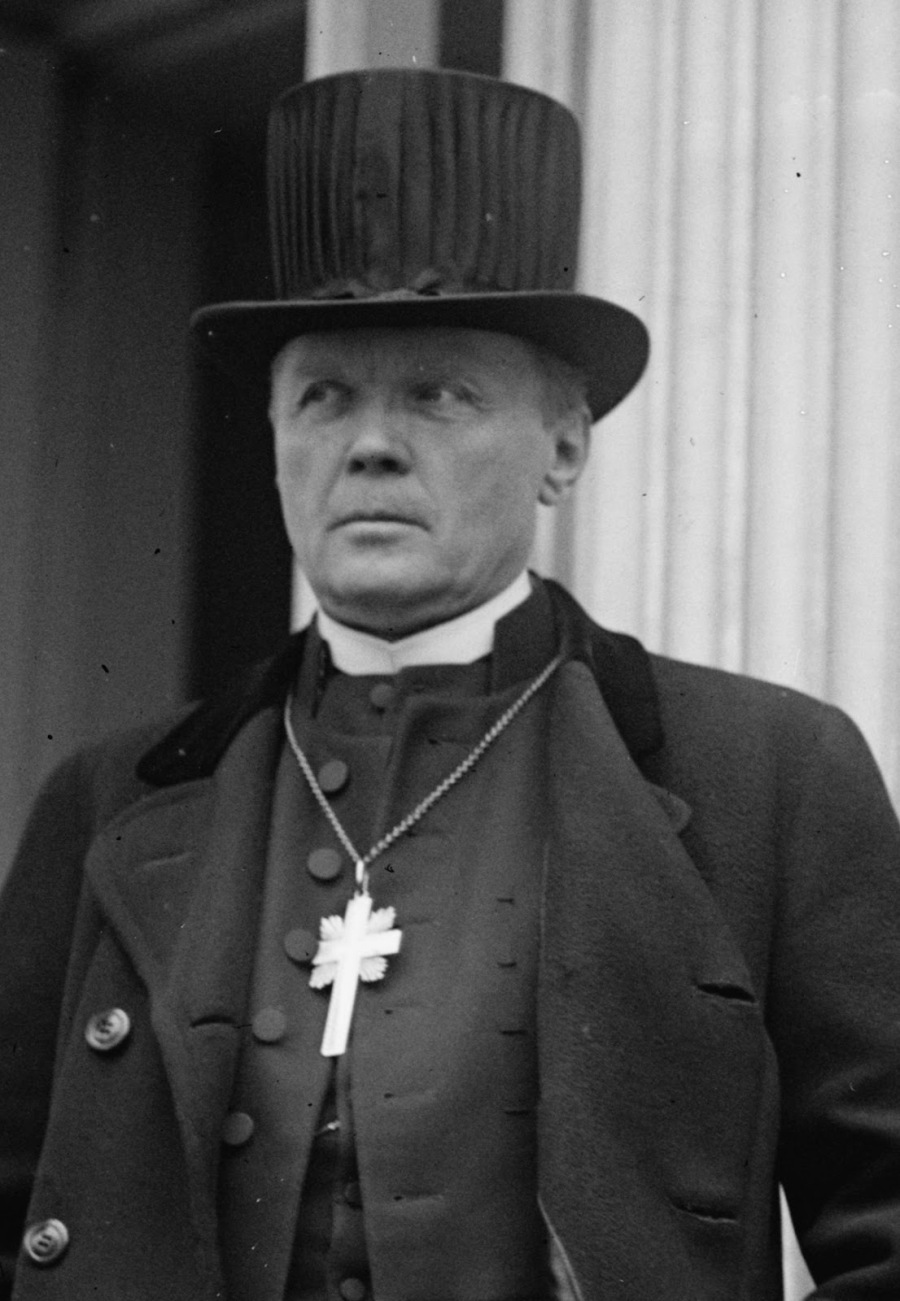 I just finished proofing an article that will be coming out in the winter issue of Dialog; the article is titled “Nathan Söderblom and Our Own Time,” and it was written by the current archbishop of Sweden, Antje Jackelén and her theological secretary, Jakob Wirén.  In this piece, the authors quote a statement Söderblom made back in 1916, when he still was a relatively newly-consecrated  archbishop.  This is what he said:

“The greatest danger to religious freedom and all other forms of freedom is still to be found within movements that place the impersonal above the personal, and who are ready to sacrifice everything, themselves and humanity for a system, an institution or a teaching.”

It’s an odd thing for an archbishop to say, isn’t it?  A man standing at the head of a huge institution warning against the dangers of putting one’s ultimate trust in an institution? Seems rather self-destructive on the face of it.

However, look again at the year, 1916:  two years into WWI, I can only imagine how he felt at seeing the horror of millions upon millions of people sacrificed for a “system.”  In the face of such devastation, Söderblom’s response was to call loudly and repeatedly for ecumenical Christian efforts to work for peace and justice and to combat the strong nationalism that threatened to destroy the world.  Today, we take ecumenical relationships for granted, but in Söderblom’s day, they were controversial, and many believed they would water down and weaken the specific faith commitments of one’s own denomination–this was true in the Lutheran church at that time, too.  In spite of very public and harsh criticism–even from his own colleagues, he persisted, believing that the gospel transcended any one specific church, any one specific teaching, any one specific institution.  It’s worth noting that far from weakening his own confessional identity, he combined this open-minded welcoming religious attitude with a strong personal devotional life, each enhancing and nurturing the other.  Being willing to sacrifice oneself for Christ is not the same thing as being willing to sacrifice oneself for the Lutheran Church–and we do well to remind ourselves of the distinction.

Today we live in a world where the idolatry of institutional and dogmatic worship continues to loom large–and the work for peace and justice is just as critical.  In our context, then, Söderblom continues to offer us a model for looking beyond high walls and strong border defenses to both see and create pathways of dialogue, transformation and hope.  As Jackelén and Wirén note, Söderblom “brought fresh winds into a stale theological climate; he opposed the narrow nationalism that, at that time, was happily wedded to the church; he created respect for other traditions of faith; and he counteracted dogmatism.  We take much of that for granted today, but in Söderblom we are reminded that broad-mindedness must be achieved anew in every generation.”  It’s a timely reminder.