The conference finished up yesterday, and what a great conference it was.  You can see a couple pictures of the participations:  we had representatives from India, China, Hong Kong, Sweden, Germany, the Philippines, Indonesia, Malaysia, Myanmar, Japan, Norway–I’m sure I’m forgetting a few countries, too.  I learned so much about the lived experience of Christianity in Asia, and some of the key social/political issues facing the different Christian communities.  So, I’d like to share just a couple insights from a few of the papers yesterday.

One of the presentations that was really interesting was from a scholar from Malaysia, Sivin Kit, talking about the “Allah controversy.”  As you might remember, this refers to the controversy that really began in 2007 (although it had been brewing earlier), concerning the use of “Allah” for God by the Christians in Malaysia.  (The use of Allah by both Christians and Muslims in Malaysia dates back to the 1500s–it was adopted into the Malay language then).  More specifically, it refers to the ban on Christian publications using the term, which was implemented in 2013.  The fight continues in the courts, but meanwhile, Sivin Kim (the presenter) noted that it actually brought many relious groups together, as many Muslim communities came out in support of Christians using the word.  (During this time, LWF president Bishop Younan, a Palestinian Christian, came and visited and offered his support, too.). It was very interesting just learning about the religious context of Malaysia, too.
There also were several good presentations from India (including one from an Orthodox priest who is the only formally trained Indian icon writer) two of which I want to mention.  One, from Peniel Rajkumar, talked about what is called Hindutva–which is “Hindu-ness,” basically–and refers to the idea of linking true Indian identity with being a Hindu (this is being enforced by the current ruling party, the BJP, in many ways.) The result has been forced conversions in some places, and violence against Christian Dalit communities there.  It raises an interesting question about how religious identity plays into national identity–I’m thinking here about in the U.S., how some people tried to say that Obama was a Muslim, as if that would somehow threaten his “American-ness.”  The other paper dealt with a similar issue, but from a feminist perspective.  Moumita Biswas talked about the violence against women that also is involved in this issue, as well as increased tensions between Hindus and Muslims.  She mentioned the “Ghar Wapsi” movement–it means “coming home,” and again, points to forced conversions.
Finally, the last paper I want to mention was from Filipino scholar Lizette Tapia-Raquel.  She offered a queer reading of the story of David and Jonathan, and also used the story of Lilth escaping Eden to offer a vision of seeing God “beyond Eden” (using Marcella Althaus-Reid’s work.). She referenced Reid saying “God is in the alleyways, inside the closet and in the darkest space; in the wilderness, the desert and the most treacherous places.  God is not just in the Garden of Eden.  God can be found beyond Eden.”  It was interesting to me to hear a scholar from the Global South talk about how queer theology resonates with different communities there, not only LGBTQ communities.  She also mentioned the slogan of support for the LGBTQ community from the UCC Church in the Philippines, “Let grace be total.”  Love that!
So, now I have two days to explore temples in Hong Kong–I’ll be sure to post pictures.  I feel very blessed to have made some new friends, learned so much, and spent time in such a rich, diverse place!  (The pictures below are from the conference presentations themselves–except for the one of the Christian chapel at Tao Fong Shan–the church here has really adapted to the context in interesting ways!) 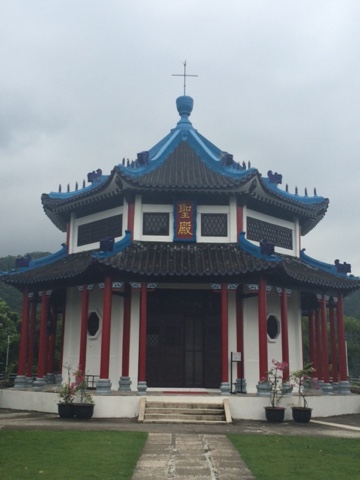 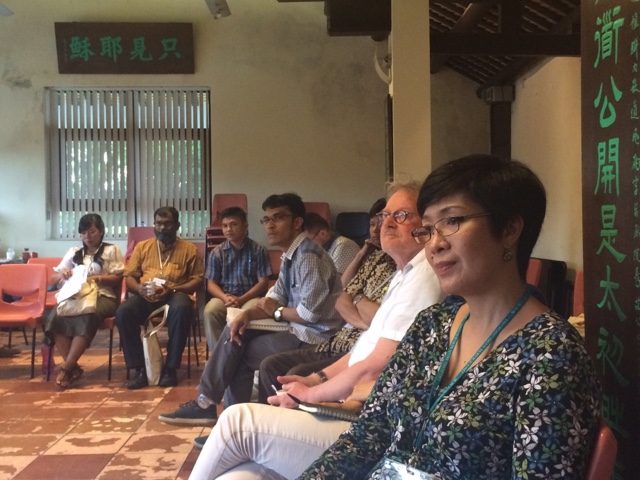 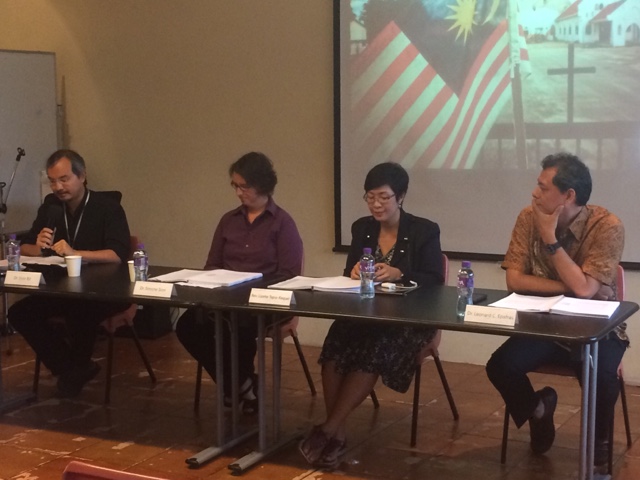 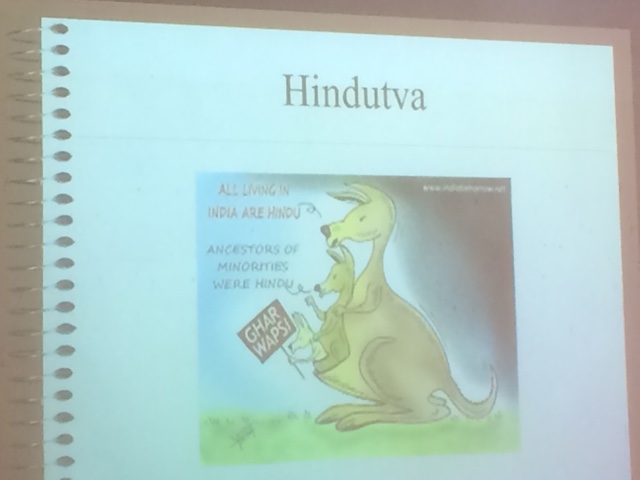 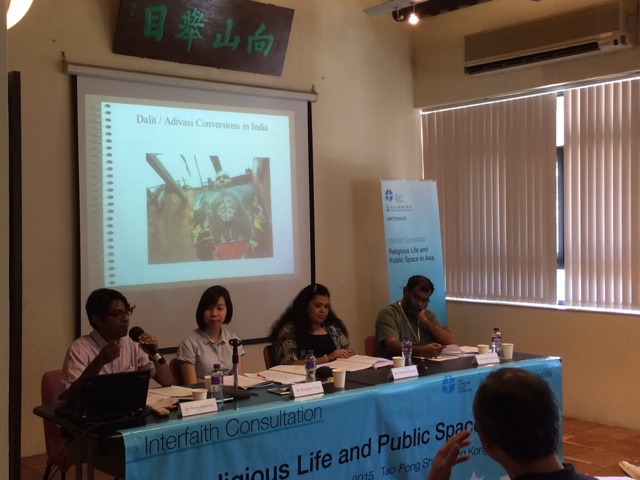