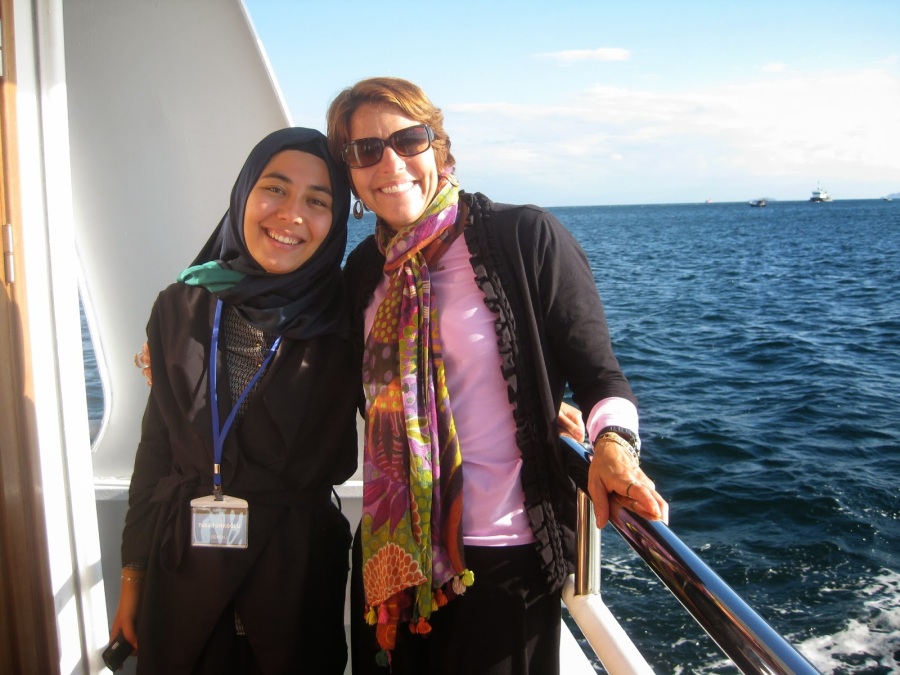 Given that I was just in Turkey a few weeks ago, I read this article in The New York Times with great interest this morning:  http://nyti.ms/19wYaHT.  It describes how Turkey has lifted the ban on women wearing the headscarf in state institutions, which was first instituted roughly 90 years ago at the beginning of the Turkish Republic.  The thought behind the original decision [made by Ataturk’s government in 1925] was to establish a more secular, modern foundation for the new nation of Turkey; the thought behind this current decision is either to erode those foundations or establish a broader freedom of religious expression–depending on who you ask. 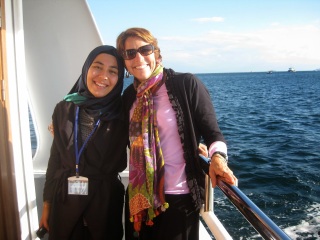 I know it is a stereotype that Western women are always so eager to talk about observant Muslim dress–and many Muslim women wish we would move on to something else–but I know for me, part of the issue is that I can’t imagine that practice for myself, and so I can’t help but project my own feelings onto others, which, of course, is not only unfair, but distorts my understanding of the practice in its own context.  [And, let’s also remember that there are analogies in the Christian community as well:  I live in Central Pennsylvania, where I regularly see women in various Anabaptist traditions covering their hair and wearing long dresses.  In some ways, I have more problem with that practice, given that it is based in a theology and interpretation of Scripture with which I disagree….]  Just because a practice would feel oppressive to me in my life doesn’t make it inherently oppressive, does it?  Just because I wouldn’t chose it, does it mean that no one should?

In any case, I think that regardless of how I personally view the practice, it does seem clear that lifting the ban opens more career opportunities for many women for whom wearing the headscarf is not a choice but a freely chosen response to a clear religious command.  I met many of those women and I can’t help but feel excited that perhaps some of them now will be able to seek jobs that they would have avoided before, and that they have greater freedom to work in a variety of new contexts.  I don’t know what this will mean for Turkey as a whole–and I can understand why more secularly-minded people are a little nervous, wondering if more religious freedom means less secular freedom.  But, given my very limited experience in Turkey, it seems to me that it is the same majority Muslim population who will embrace this new religious freedom while still promoting tolerance, openness, peace and dialogue.  After all, this action came as part of what was called a “democratization package” that also included new rights for Turkey’s Kurdish community.

In the end, I guess, I come down to the feminist commitment of what promotes the flourishing of women’s lives–and by extension, the lives of a whole community; and, at least at this point in Turkey, it seems like this new freedom will promote and increase the presence of women in the workforce, which I see as a good thing.  I do have some lingering concerns about how this this will affect non-Muslim women in Turkey, and Muslim women who choose not to wear the headscarf.  If it leads to compulsion for any, rather than freedom all, then that’s something different.  I hope that it won’t–and I like to think I have good reason to hope.  One of the key components of Nursi’s teaching is that one doesn’t have to choose between being an observant Muslim and a good citizen of the State; now in Turkey, it seems that women will have greater opportunity to be both.