Here at Narita airport–wifi at last! Here is my last post from Japan!

Tonight is my last night in Tokyo. Tomorrow I will be up very early, go for one last run around Ueno Park, check out of my hotel, and take the Skyliner train to Narita airport for my flight home. [And, I hope that they will have wifi there, so I can post this with some pictures–otherwise, it will have to wait until I am home!]

I have had a nice, relaxing few days in Tokyo–trying to avoid having any great agenda and processing my time in Kyoto. I read a few more of the Buddhist books that I had loaded on my iPad–and one on Shinto, too, which was interesting–in order to help solidify and reinforce my experiences there. I must admit, some of the temples are sort of running together in my mind, and I will need to go back and sort through and organize all my pictures when I get home. Speaking of pictures, does anyone else but me find that they take way too many pictures when they are visiting new places? The digital camera has only made that tendency worse, I’m afraid–and even as I was snapping away, I was thinking to myself: Who is really going to look at all these? I won’t even make John look through 2,000 pictures–heck, even I don’t want to go back and look through 2,000 pictures! So many of them are duplicates or triplicates, just to make sure at least one of the shots was good. I find that the throwaway character of digital pictures makes me careless and sloppy–why bother taking the time to line up a really good shot when I can just take 10 and keep walking. Susan Sontag wrote a really good little book on photography [maybe that is even the title of it? “On Photography”? I can’t remember–I read it about a year ago] that included some great reflections on why we take pictures in the first place, how it changes our perspective when we “see” through a camera lens,” and how photography affects our memories and experience of being in a place. I know for me, sometimes I use a camera as a memory replacement–I don’t have to remember it because I have the image on a computer; and sometimes I use it as “proof”–see, I was really there [as if just the experience of being there somehow isn’t enough, if I can’t show it to another person]. What are pictures of places for, anyway? [I put pictures of loved ones and personal/family celebrations in a different category] Is there really anyplace left on earth for which a Google won’t turn up 100 professional pictures?

OK–enough of that! Let me say just a few words about Tokyo. First, my hotel was very nice, overlooking Ueno Park, which is a nice big park with several museums, a zoo, several different shrines and monuments and a big lake. Two of the pictures below are the view from my window–note the paddle boats on the lake in the one, and the Benten-do temple in the other. I ran there every morning, which was great–lots of people were running and walking in the park. My room was very nice, too, but SMALL–it is Tokyo, people–so while I had every amenity, they were all THISCLOSE to each other. You don’t come to Tokyo to hang out in your room–it’s for sleeping.

My first full day in Tokyo it rained the entire day, so I took advantage of the blustery, wet conditions and spent the whole day indoors, at the Tokyo National Museum. This museum contains the single most important collection of Japanese art in the world–AND, they were having a special exhibit, from the Japanese collection of the Museum of Fine Arts in Boston [ironic, right?!]. Anyway, I rarely allow myself enough time to just meander through a museum for as long as a want–usually I have a couple hours at the most, and I hurry through, seeing as much as I can. Well, this experience was different: since the rain wasn’t going anywhere, neither was I, so I took as much time as I wanted–even going through some rooms twice, and actually sitting down and taking in some of the larger pieces from the center of the room. I thoroughly enjoyed myself; and somehow, it meant so much more to me that I had just been at some of the temples that were mentioned in the history of some of the works; and, in the case of the Buddhist artwork, I had just come from places where this history was alive and well, living and breathing in the monks who continue to carry on the traditions of the masters. It was one of the best times I have ever had at a museum. I included a few pictures of some of the items on exhibit.

Today, my last day, was warm and sunny, and so I took full advantage of that weather too, and spent the day on foot [again, seeing many shrines and temples along the way–though not at the frequency I saw them in Kyoto]–until I had to cave and use the subway coming back to the hotel! I walked first to Senso-ji temple: it is in the Asakusa area of Tokyo, about 30 minutes from Ueno. It is the oldest temple site in Tokyo [the current temple is a fire-resistant version of the 1692 temple. It is dedicated to Kannon, the bodhisattva of mercy, and it is a lively, bustling place, as you can see from the pictures below. Tons of people coming to pray, to take pictures, to stroll the grounds, to eat traditional Japanese street food, and to buy trinkets from one of the many, many vendors. It was beautiful, interesting, and swarming with people. From there, I took a short stroll over to the Sumida River, which is Tokyo’s main waterway. It was a great day for a river view–including the Asahi Beer Hall, which is the black inverted pyramid with the golden flame on its roof.

From there, I made the decision to walk to the Imperial Palace Grounds. It was a tad far, and not so easy to find, even with my maps–I had to ask directions a few times [and, I am a little embarrassed to say that at one point, I had three maps in my hand all at once, all of different scales–and a huge neon light over my head that read “TOURIST”] but once I found it, it was lovely walking around that area, too: beautiful gates and bridges, and an unbelievable amount of runners! There was actually a race going on around the grounds, which those of us who were just trying to navigate the sidewalk tried our best to avoid. It was at this point in the afternoon that I called “uncle” [what does that mean, anyway??], and took the subway a few stops, so I could get a little closer to my hotel. I wasn’t up for changing lines multiple times, so I got within a few miles, and that was good enough.

Now I am getting ready for bed and thinking that tomorrow night when I go to sleep, it will be in my own house, with John and little Henry–won’t that be lovely? 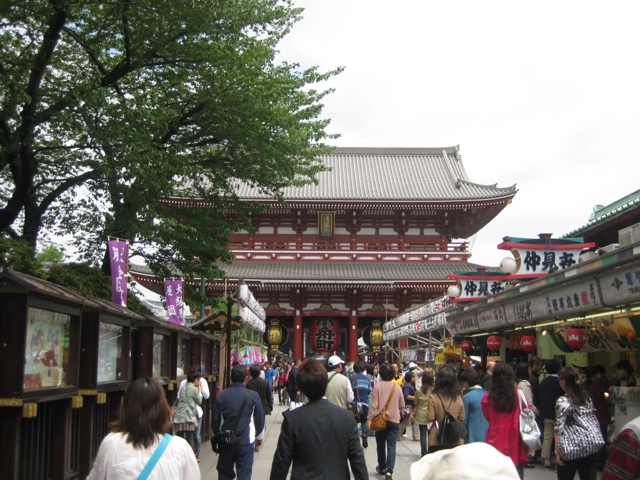 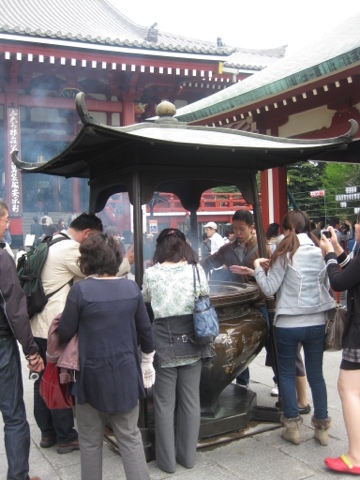 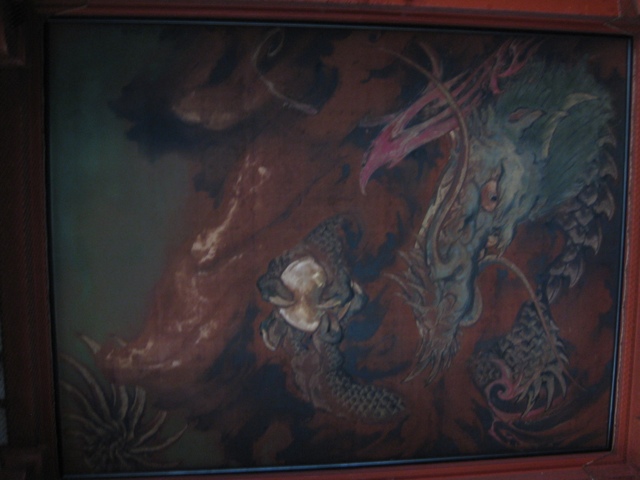 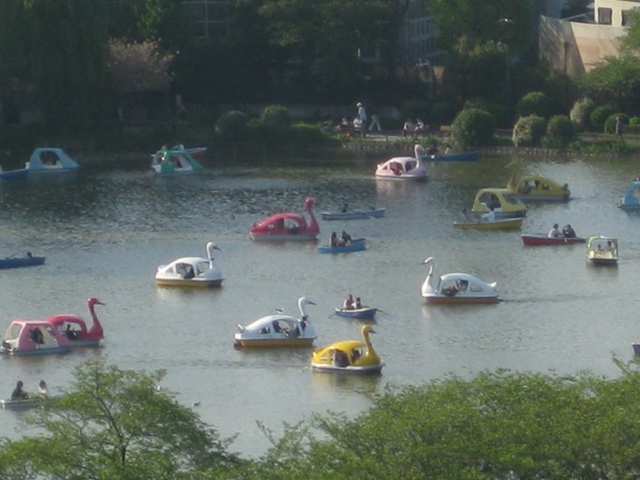 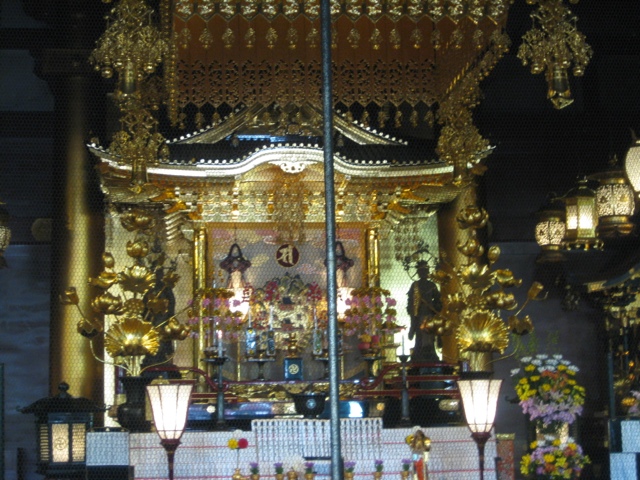 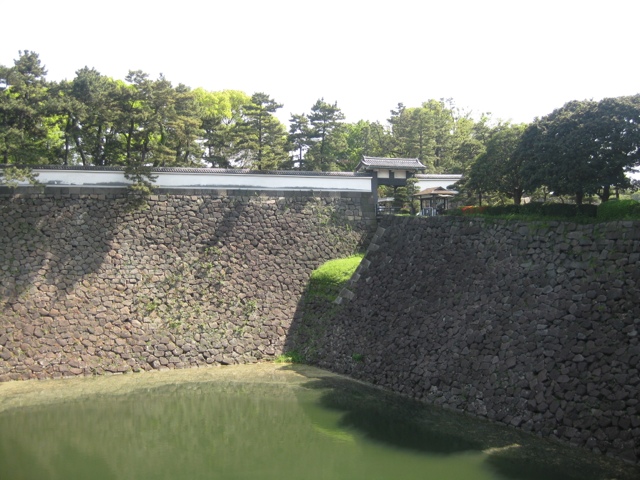 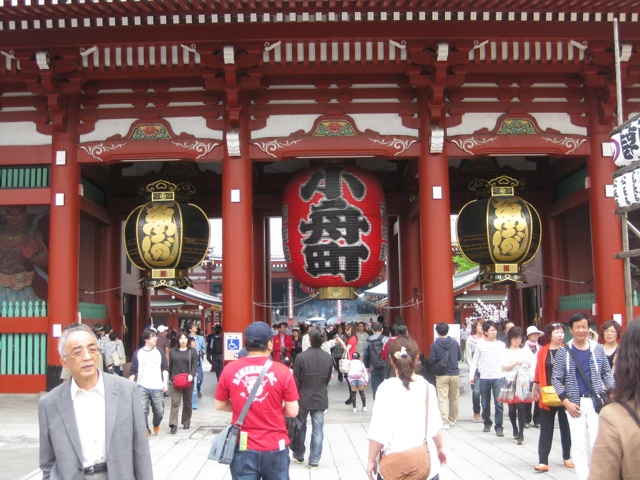 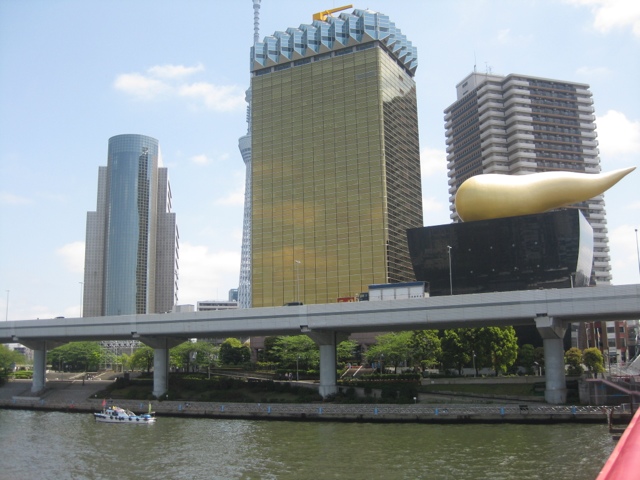 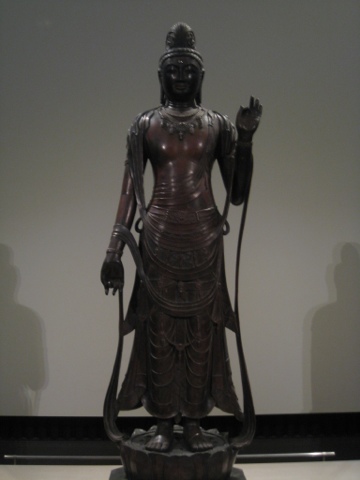 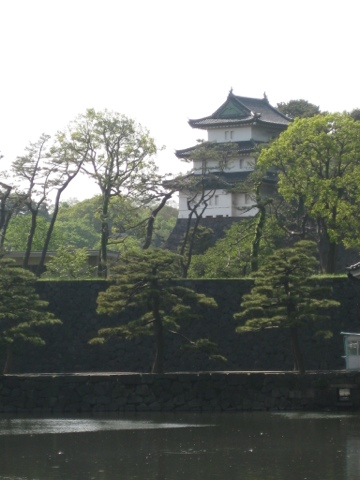 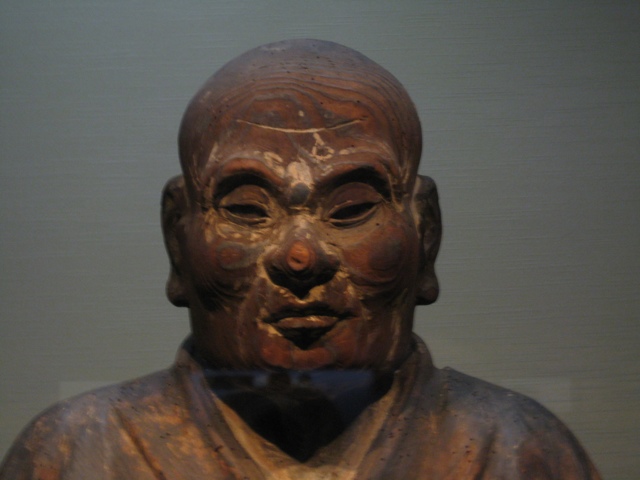 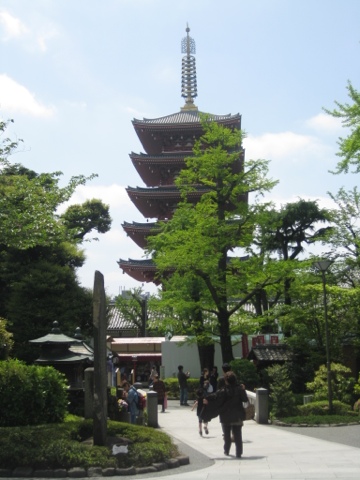 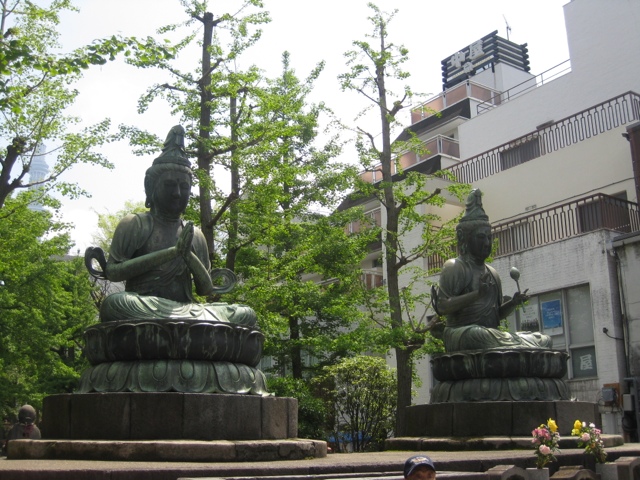 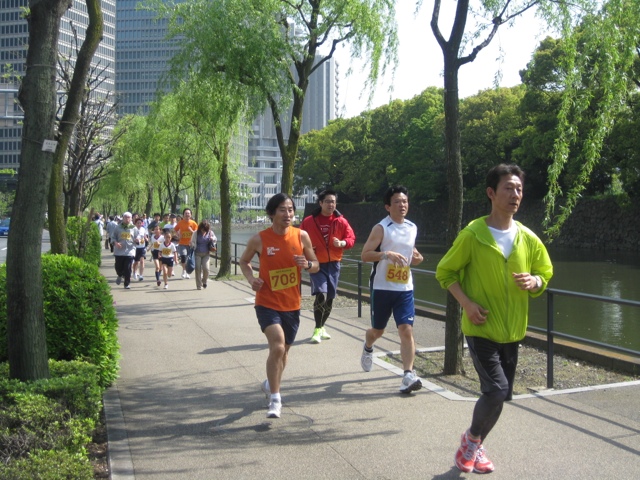 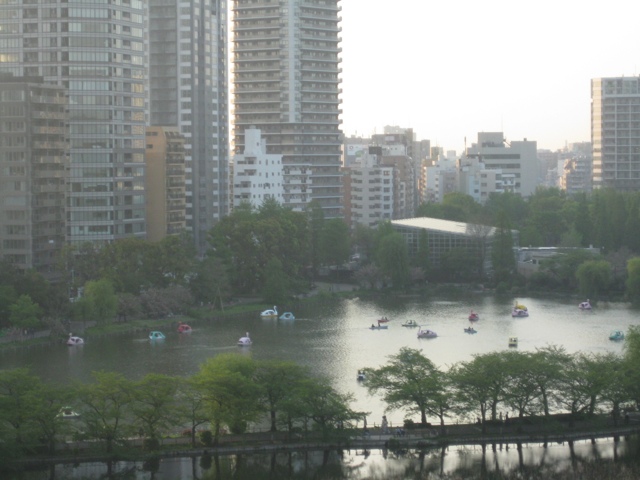 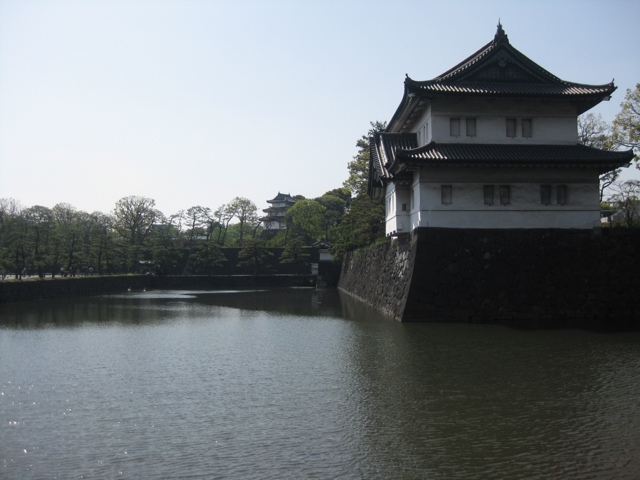 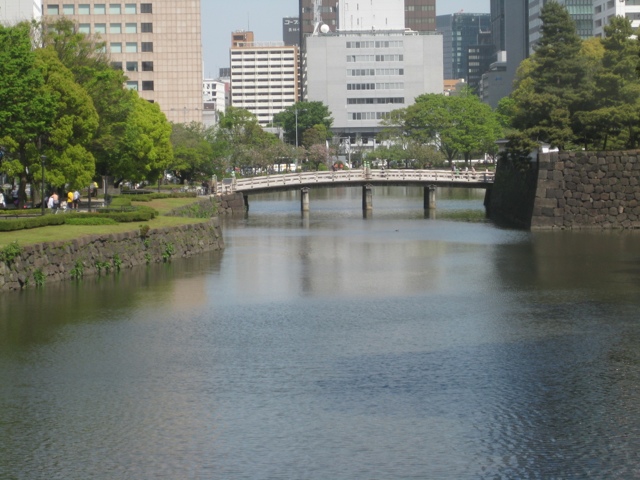 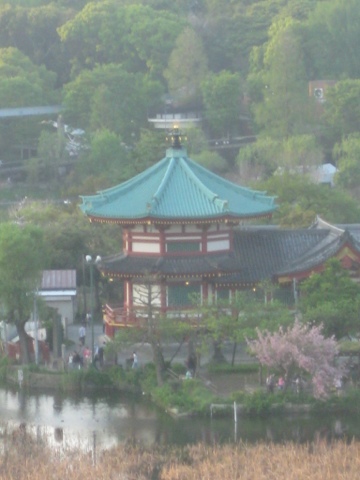 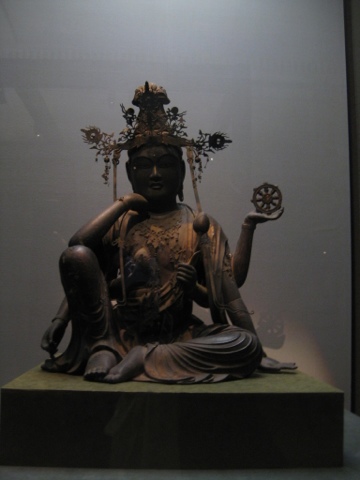 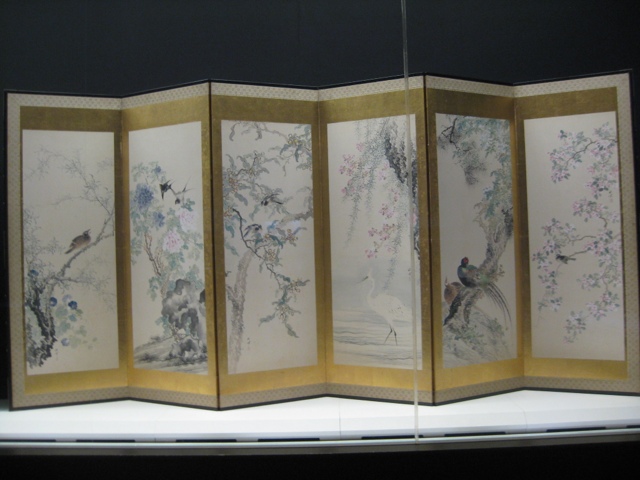 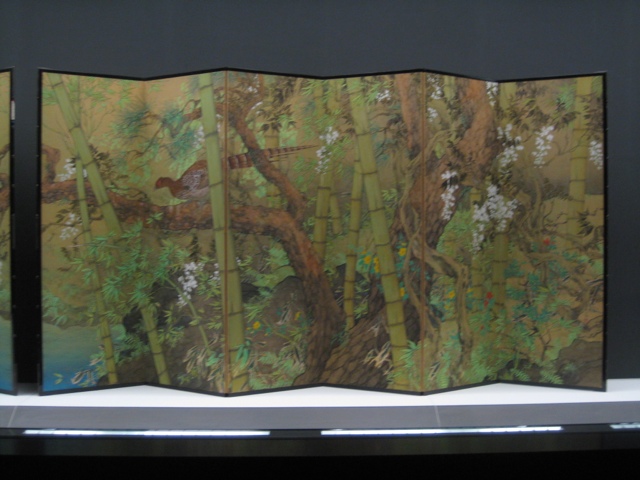 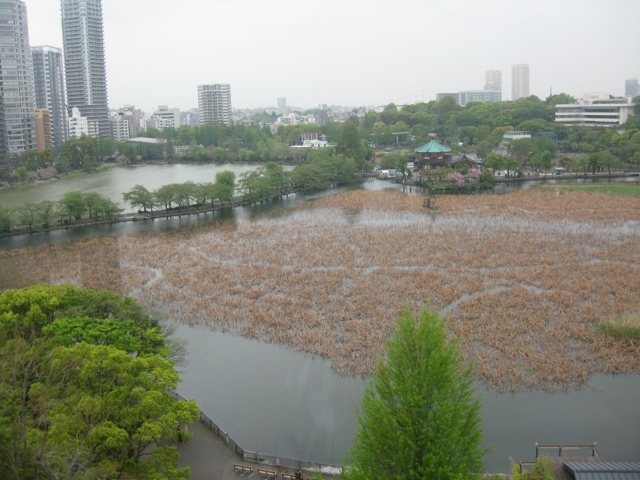