I gave temples a pass today in favor of a different cultural experience. I started the morning back at Toji temple, but not for any religious reasons. Instead, I came to see the Kobo-San market–a flea market that is held here on the 21st of every month to commemorate the death of Kobo Taishi, who was appointed abbot of the temple in 823. I’m not sure how he would feel about his death being commemorated by shoppers swarming his temple, but, nevertheless, there it is. Every aisle was shoulder-to-shoulder people, and it was really fun to wander around and take pictures of the random items–including the tank of live goldfish–and people-watch. What was really interesting, too, though, was you never quite forgot that you were wandering the grounds of a temple. There was actually one main hall that was conducting a religious service [perhaps a commemorative service?], which was packed with people inside and standing out front–even as shoppers jostled by them. Then, there were several other little outdoor areas that had a variety of different statues that people also were praying in front of, offering money to, etc. There was one statue of a turtle that people were touching and then rubbing their face or head. I honestly have no idea what that was about. It was all quite seamless, though–a little shopping, a quick prayer or offering, and then back to shopping.

It was interesting to me, this juxtaposition of the secular and sacred, if you will; and it reminded me too, of something my GTU colleague [who is himself Japanese] was telling me yesterday. You often will read that the Japanese are not religious, and that Japan is a very secular society. However, the reality is far more complex than that: the problem is that the Japanese traditionally never talk about their religious practices and personal spirituality–often not even with their spouse, let alone with some graduate student with a notebook and/or a tape recorder. So, there isn’t any great collection of data out there about how people “practice” their religion, what people believe, etc. However, if you just look around and pay attention, you see all kinds of religious actions–like I just described–going on all the time, even at the smaller shrines that pepper the city [see the picture of the one below right next to a store–this is very common in Kyoto.] People walking by will stop for a moment, bow and say a prayer, and keep walking. Looks religious to me!

So, all this highlights how difficult it is to define what constitutes a “religious person” or a “religious practice”–not only in our own culture, but even more when you move into another culture. What counts? Who gets to say? It seems like such an easy, obvious question: “Are the Japanese a religious people or not?” But it isn’t; and the criteria we might use in the West to try and answer that question [How often do you go to the temple? How often do you pray? Do you believe in an afterlife? Even, Do you consider yourself religious?] simply don’t work here. I just keep thinking about those early missionaries, trying to make sense of this culture that is so different from Western European culture: no wonder there were so many misunderstanding and misinterpretations–both about the people themselves and Japanese religion in general. I guess there are still misconceptions, now that I think about it.

From there, I went on the pilgrimage I had promised my brother, to the Kyoto International Manga Museum. Manga, in case you didn’t know, is the technical term for Japanese comic books/print illustrations–“anime” is used to refer to the same genre in video and tv. Now, there is little I know less about than manga–but my brother loves it, so for his sake, I went to see it [and took care of his birthday and Christmas presents for the year at their gift shop!]. It was actually pretty interesting–luckily they had lots of information in English about what manga is, how it developed, the different styles, etc., etc. And, they had walls and walls of manga that you could sit down and read–so it functions like a library, too. The exhibit that was my favorite was the collection of art that was done in memory of the tsunami victims last year–artists from all over the world were represented, and there were some really, really beautiful and creative pieces.

However, I am left wondering about whether or not there has been any feminist critique/commentary on manga: there is one particular style/sub-genre(?) that sexualizes young women [many of them in their schoolgirl uniforms, with VERY short skirts and open blouses], depicting them with big eyes and pronounced breasts in what are often very seductive poses. Now, again, I don’t know anything about this genre, so I hesitate to even make a comment on what seems to me to be a very problematic sexual objectification of young women. [Well, I guess I’m not afraid to make a little comment, am I?] It is interesting to me, too, since I have noticed that some Japanese women [especially in their 20s, I would say] do dress in an almost hyper-feminine, youthful way: frothy short skirts, lacy ankle socks, etc. It’s not at all vulgar or inappropriate, but it is clearly intentional–and I wonder if there is some connection. There was a little exhibit at the museum that did talk about the overlap between manga and fashion–note the picture of the wedding dress that was on display: it is taken from the work of one specific manga artist. Clearly, I need to find out a little more about this.

On the way back to my hotel, I walked through the Nishiki Market, “one of Kyoto’s real highlights,” says my guidebook, “especially if you have an interest in cooking and eating.” Well, I don’t really, but I do love to look at unusual food displays–a few of those pictures are below, too. It is an outdoor [but covered] pedestrian-only street with at least 126 shops–most of which sell food of some description. My guidebook also says that there were stores here as early as the 14th century, and it was a wholesale fish market from 1600-1868. The emphasis is on traditional Japanese foods, and again, my guidebook said that if you can read Japanese [no such luck] you can even find pieces of whale meat for sale. THAT is a cultural practice for which I have zero tolerance: just because “we’ve always done it that way” doesn’t give anyone a license to continue practices that are damaging and harmful–and the scale of Japanese whaling falls squarely into the “harmful” category! 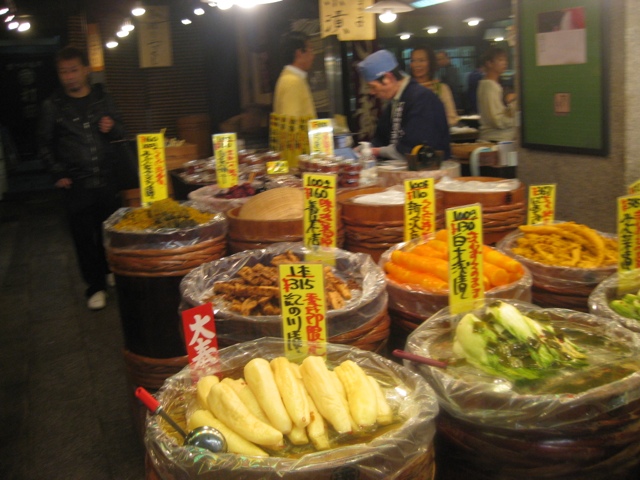 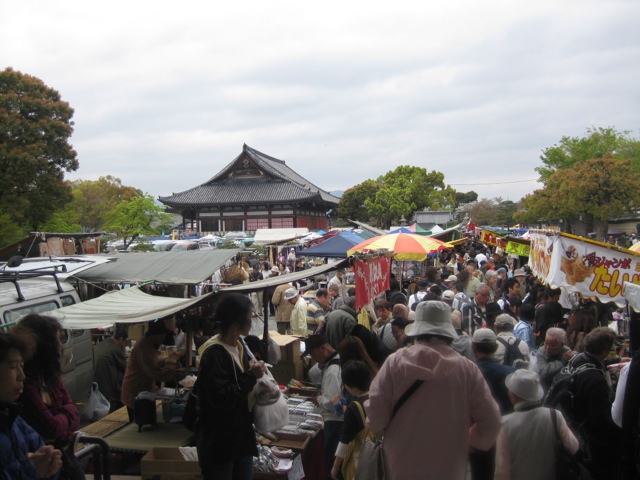 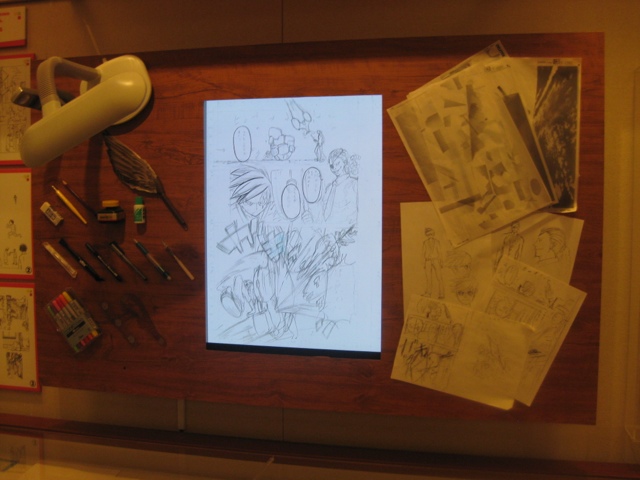 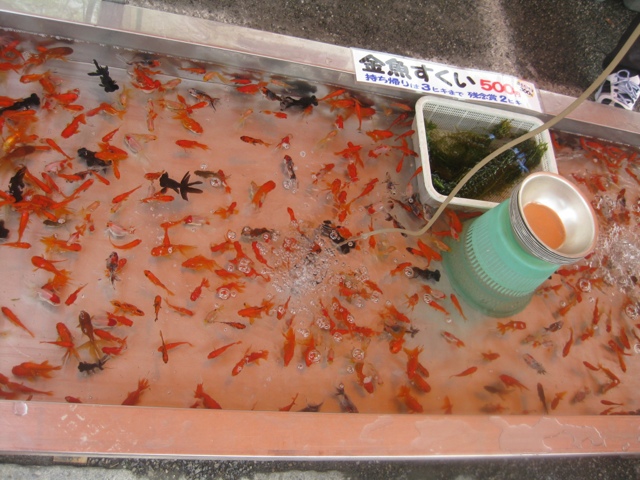 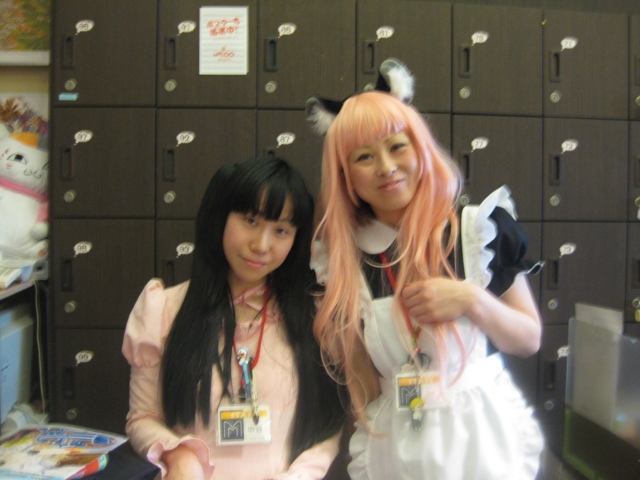 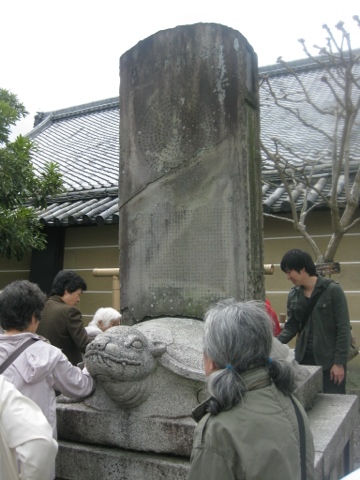 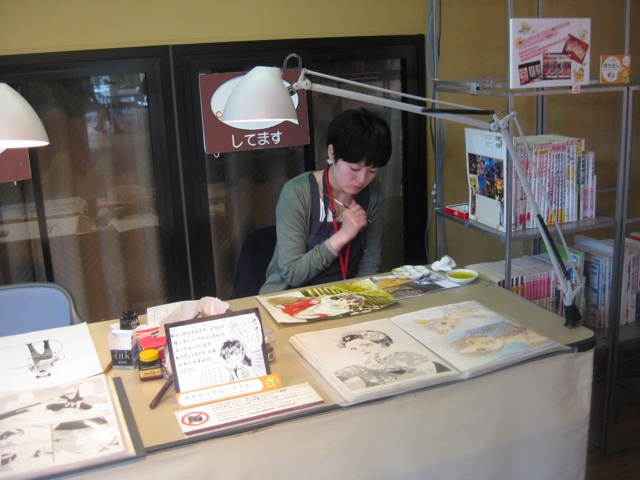 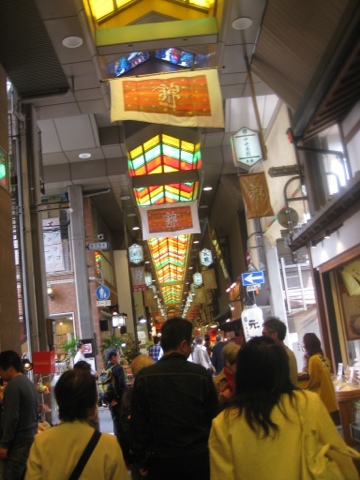 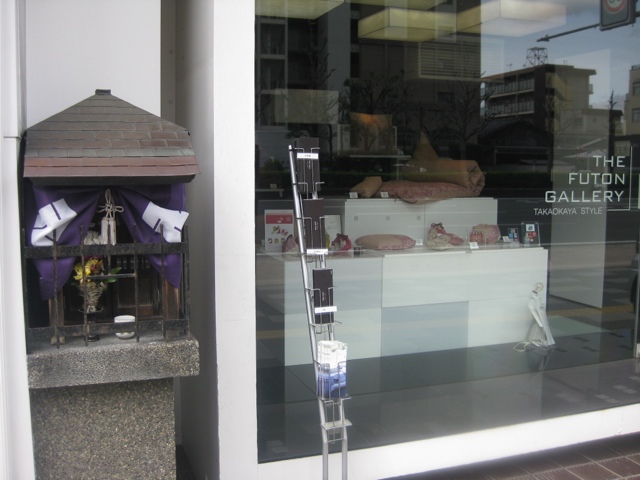 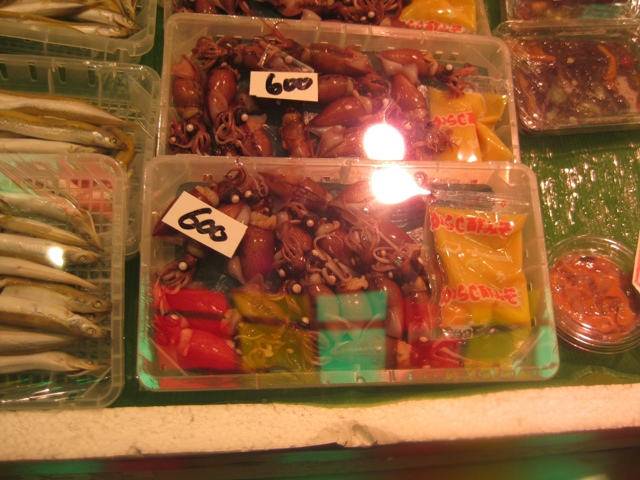 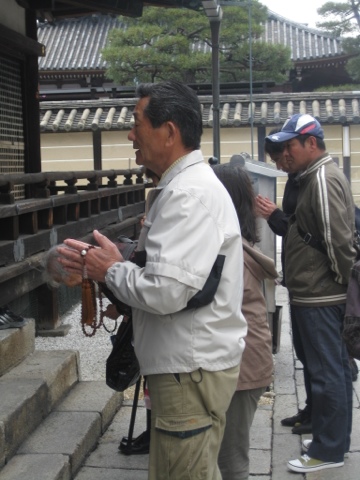 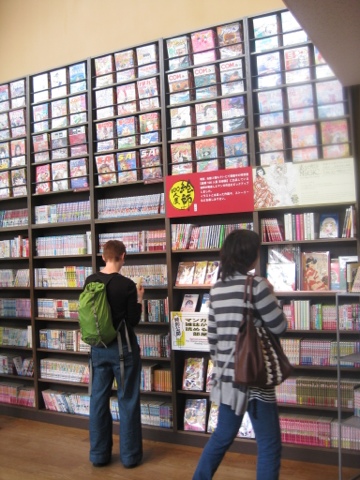 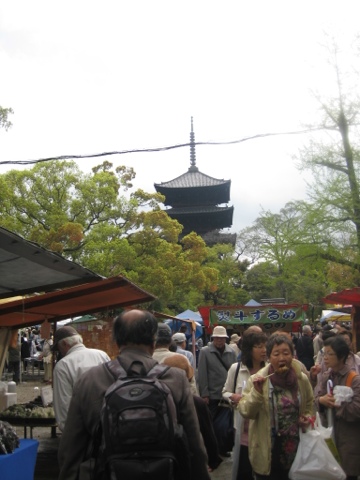 One thought on “And Now for Something Really Different!”