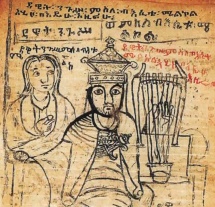 I have a bone to pick with Robert Alter.  Alter is Professor of Hebrew and Comparative Literature at UC Berkeley, and in 2007, he translated the Psalter.  [He also just published a three volume translation of the Hebrew Bible–I have read about it, but I haven’t actually seen a copy of it yet.]  He is supremely talented and his work is extraordinary.

I have been aware of this translation for a long time now, because my former colleague at the seminary, Brooks Schramm, regularly taught a very popular class on the Psalms and he used this translation.  I had skimmed it before, more than once, but this summer I finally got around to buying my own copy and reading it more closely.  [Full disclosure–not every footnote, so don’t test me.]

Here is my problem.  In the Introduction, Alter offers a wealth of really interesting information about the language of the Psalms [characteristics of Hebrew and characteristics of the world view of the composition period], and also about the challenges of translation.  He also emphasizes the role of the Psalms in the individual spiritual life of countless Jews and Christians; in fact, he opens the introduction with the following sentence: “Through the ages, Psalms has been the most urgently, personally present of all the books info the Bible in the lives of many readers.”  [I like his use of “urgently” there].

He also emphasizes the practical, physical language of the Psalms that mostly eschews the figurative for the starkly literal, and also the compact, directness of language that gives the Psalms “striking expressive power” that has touched people deeply “in their own hour of uncertainty and dread.”  [As one example of this, he explains why he mostly avoids the words “soul” and “salvation”–mainstays of other translations–because they do not convey the here-and-now, physical character of the relationship between God and humanity the Psalms describe.]

Finally, he discusses at some length the challenges in translating Hebrew into English:  the rhythm, syntax and “the intrinsic structural compactness” of the Hebrew are very hard to replicate in English.  It is all very interesting, and makes his achievement all the more striking.

However, do you know what he never mentions?  His decision to retain male imagery and language for God, as well as “man” as a synecdoche for humanity.  Given the detail of his introduction, it feels to me like a deliberate snub, rather than an oversight–something so tangential that he feels it doesn’t even warrant an explanation.  [It’s actually kind of weird:  I was expecting this explanation as I was reading last night because I have a memory of reading the hardback version–the one I bought is paperback–and reading some explanation about it from him.  But maybe I am wrong.  However, if that is the case, it is missing entirely from the paperback version.]

I have two things to say about this regrettable decision.  First, is simply a failure of imagination to think that a scholar with such extraordinary gifts for translation–creativity, a sensitive ear, an eye for grace and beauty and a pastoral heart–couldn’t actually come up with a worthy way to make these psalms speak their comfort, power and hope to all readers, such that women might also hear themselves included.  Seriously, Robert, you have the gifts, no question.  And, while we’re on the subject of imagination, did “philological fidelity” preclude him even toying with female imagery for God, or at least, gender neutral language?  If so, he should have defended that decision.

The second point is how incongruous this decision is in light of his emphasis on the physical nature of the language and on the importance of using imagery that highlights the pressing embodied nature of the relationship of the people with their God.  Both of these things remind us how important it is to take bodies seriously, and the way our relationship with God is always mediated physically.  To exclude women–women’s bodies, women’s presence and women’s experience entirely from the Psalms [or, at the very least to subsume them under “man” and “men”] is untenable, and violates one of his key principles of translation, I think.  It’s frustrating, to say the least, and it did compromise this translation for me, which is a shame.

if you haven’t read it, it definitely is worth reading–no doubt.  You will experience the Psalms in new ways, and they will move you with their directness and urgency [to use that word again].  But, if you are like me, they will also disappoint you a bit, as you wonder what might have been if he had made a different choice and dared inclusive language.