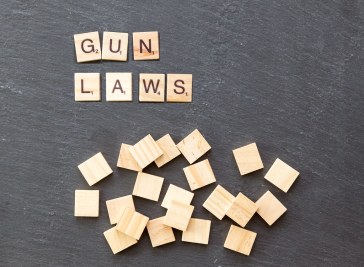 So, last night before I went to bed, I was thinking about my blog, and I knew I wanted to write about the mass shooting in El Paso.  I have written before about gun violence and the pathological, illogical resistance too many people in this country have to sensible gun laws that would create a safer society for all of us.  I thought it was time for another post on the subject.

Then I woke up this morning, and I saw that overnight, less than 24 hours after El Paso, that shooting was old news.  Dayton, Ohio was the new headline.  There, the shooter used an assault-style rifle and wore body armor.  In El Paso, the shooter was a racist and posted on a white nationalist message board.  Neither of these men should have had their weapons; both tragedies were preventable.  But, that’s nothing new, is it?

I wonder:  Do you think the gun lobbyists, gun manufacturers, and gun store owners even worry anymore, when there is a mass shooting?  I imagine they used to worry, after Columbine, Virginia Tech, and Sandy Hook, maybe; or maybe that’s a projection–maybe they never worried at all.  Maybe they know better than anyone how powerful and compelling their language of “rights” is to so many:  the “right” to bear arms, the “right” to protect myself, the “right” to have the government stay out of my personal life.  They seem to be untouchable, regardless of the depth and scope of the shattering carnage that unchecked gun ownership is wreaking on our country.

Frankly, I’m sick of hearing about individual “rights;” I’d like more conversation about individual responsibility.  The former seeks one’s own protection first and foremost; the latter seeks the protection of the neighbor, and the stranger [of critical importance when anyone can run out and buy a gun to slaughter the stranger you don’t like very much].  The former seeks to stretch the limits of what I can do, pushing others over in the process; the latter seeks to share power and make space for the other–a space where we all can flourish together.  The former takes as much as possible; the latter is willing to give.

I don’t know what is finally going to turn the tide, or how long it will be before American society looks back on this period of time with shock and bewilderment, wondering why it took so long for us to come around, to gain better “gun sense,” as the group in Gettysburg is called.  But I do know if we just get used to it, and assume it is the cost of having individual “rights,” things will never change.  And, by the time I wake up tomorrow, this post will be out of date again.  I don’t want to live in a society where that is the norm.

4 thoughts on “Rights and Responsibilities, and Gun Violence”