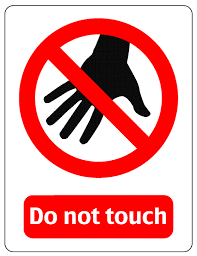 What started with a trickle, with the revelations of Harvey Weinstein’s predatory behavior back in early October, has become a river, with the current allegations against Senate nominee Roy Moore, Senator Al Franken, and actor Kevin Spacey–among many others.  Who knows what else will have come out, and against whom, by Christmas? It’s enough to make you scream, or shout, or weep.

As the subsequent #MeToo campaign has so powerfully and painfully demonstrated, the widespread systematic, repeated assaults on women’s bodies is endemic at every level of society: it slices mercilessly through class, race, age, geography, religion, occupation, and nationality.  Women’s bodies, it seems, are fair game for anyone who has the audacity, the lack of respect, and the malice to reach for them.  And, if you are a woman in a vulnerable position, with a male boss, mentor, or advisor, well, make no mistake—evidence indicates that many powerful men view the bodies of their co-workers as a job perk; or, at the very least, a commodity that can be exploited for professional favors.

This, my friends, is a theological problem.

For too long, the church either has been silent on issues of sexuality and sexual abuse, women’s rights in general, and women’s bodies, or has emphasized only the need for [women’s] purity, virtue and chastity.  And, regarding the latter, the women themselves too often have been the ones who are demonized, blamed and accused in situations of sexual misconduct or moral violation.

Perhaps this is why the story of the woman caught in adultery in John 8 is one of my very favorite stories of salvation in all of the Gospels.  Even though so much of the setting seems far removed from our contemporary 21st century context, much about the story is still relevant:  a group of righteous men surrounding a vulnerable woman—leering at her as they scapegoat her and seek her destruction.  Women all over the world experience a disconcertingly similar situation still today, including women in the United States.  We deceive ourselves if we think we no longer “stone” people whom we have judged to be sexually deviant.  But as much now as then, Jesus says “no” to this behavior, and puts himself squarely on the side of the woman—in some depictions of this story, he puts his own body between her and her tormentors.  The church today must do the same.

Without question, then, it is incumbent upon the church—individual Christians, too, especially individual ministers—to speak up and speak out in these situations where women are being exploited and abused.  These patterns of behavior are contrary to the gospel, contrary to the vision of abundant life that Jesus came to bring to fruition, and contrary to the human relationships of mutuality, respect and care that the Holy Spirit works in us to create.