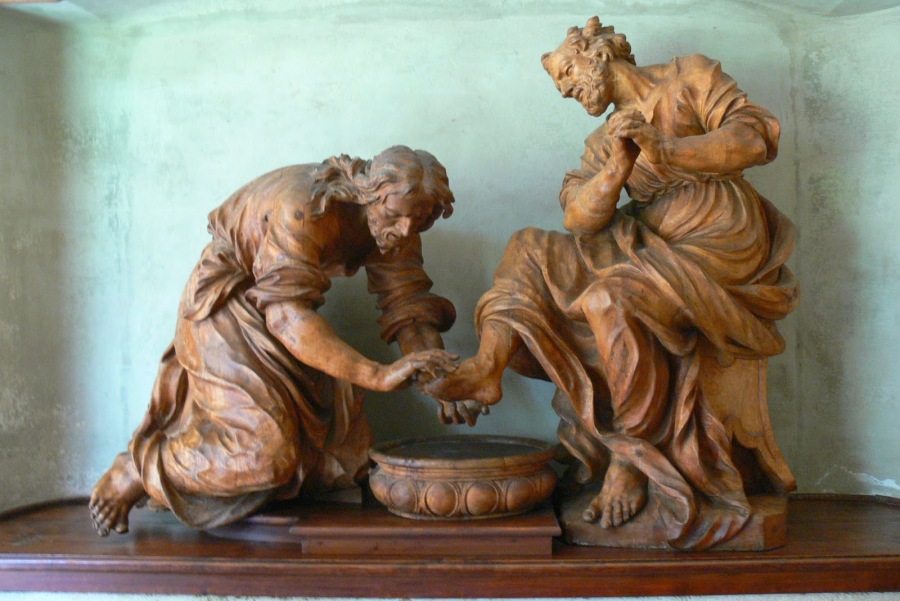 So, I don’t usually post my sermons on my blog–mostly because I don’t really think they are “post-worthy” and because I think it is always a little strange to read a sermon:  they are meant to be preached & heard, after all.

But, I’m making an exception this week & posting the sermon I just preached today in chapel–not because I think it’s so good [it isn’t], but because I am passionate about the subject matter and I want to share it.

The seminary just received our certification as a “Reconciling in Christ” seminary, which means that we are explicitly and publicly welcoming to all people, especially those in the LGBTQ community.  It’s an exciting decision for us, and it makes clear and visible commitments we have had for some time now, reflecting what we consider to be an essential aspect of the proclamation of Christ’s love and welcome to all people, especially the vulnerable and the marginalized.  That’s not why I preached this sermon, but it comes from the same Christian conviction.

For me, part of being a Reconciling in Christ seminary means talking theologically in a variety of contexts about love, sexuality, gender, imago Dei, otherness, uniqueness, diversity, and the gospel message–and one of those contexts certainly is preaching.  So, in that spirit then, this sermon is about being “queer”–what “queerness” means, and how it reflects both Jesus’ own ministry and his embodiment of God’s love.  There are a dozen ways it could be better, I’m sure–but at least it is saying something; and if there’s one thing I know, it’s that the church cannot continue to just be silent about the LGBTQ community.  We have to say something about how God loves that community, dwells with that community, and speaks a word of grace to the world through that community.  This is my attempt–I hope you make one of your own.